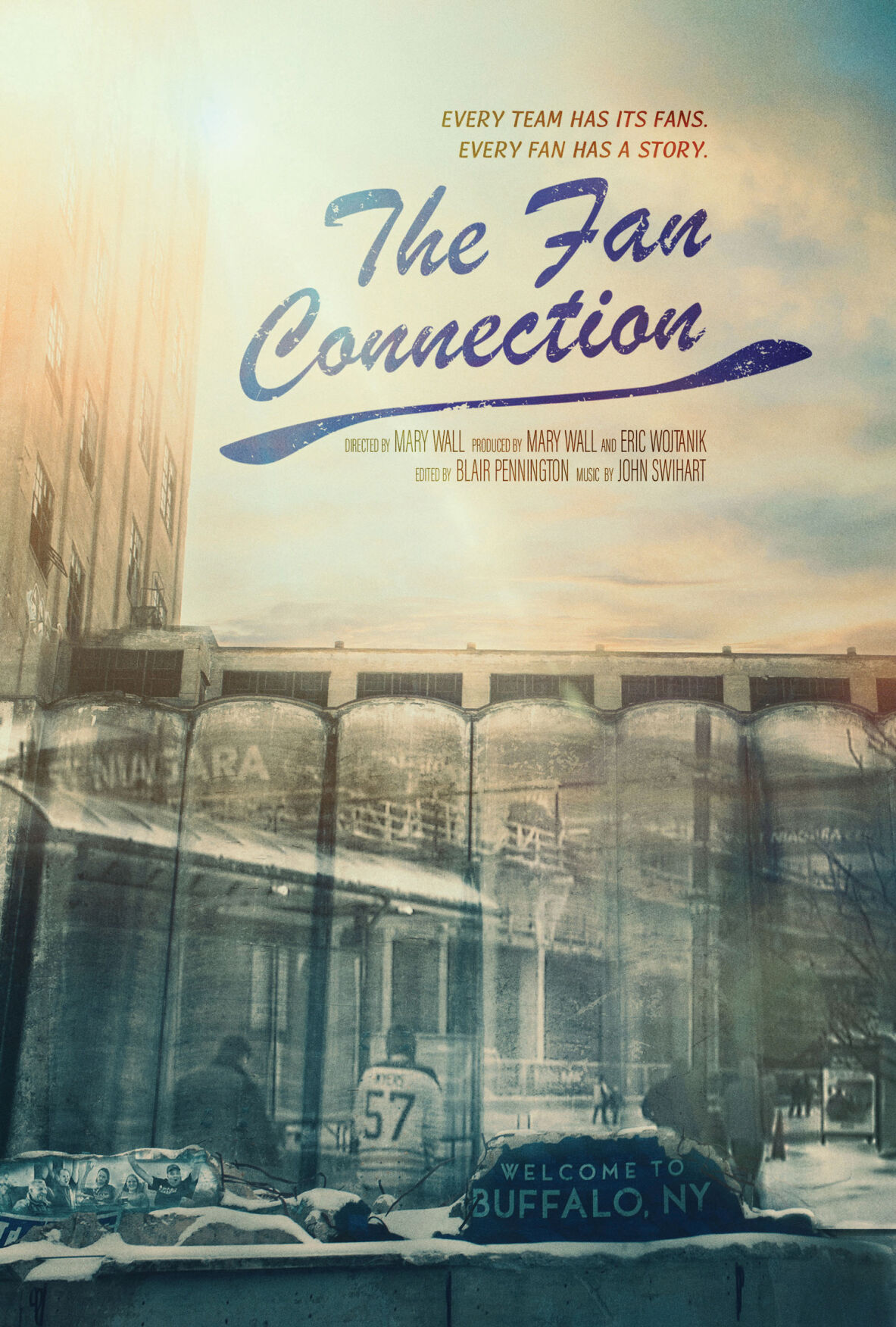 Some late-breaking news: The Fan Connection is set to screen at the Aurora Theatre in East Aurora on May 15 and 16. Watch theauroratheatre.com for exact times and additional details.

As Buffalo News sports columnist Mike Harrington put it in on March 12, “In what might rate as the least surprising thing that’s happened to the Buffalo Sabres in recent weeks, season ticket holders did not snap up all the tickets for the March 20 game against the Boston Bruins, the first in KeyBank Center open to fans in more than a year.” Indeed, only a few hundred season ticket holders chose to claim tickets, significantly fewer than the 1,900 seats the team made available.

It was a sadly telling sign of how far the Buffalo Sabres have fallen in the eyes of Western New Yorkers and in the standings. (To be fair, snagging tickets for the game also required a COVID-19 test, which could add to the cost.)

Though Sabres’ faithful are as devoted as any in professional sports, they need a reason to believe. The last time that was the case? Probably the tail-end of the 2011-12 season. That time period is covered in remarkably vivid detail in The Fan Connection, an intimate, moving, and entertaining documentary exploring the special relationship that exists between the Buffalo Sabres and the team’s long-suffering—but ever-enthusiastic—fanbase.

The 2019 Buffalo International Film Festival selection made its virtual premiere in February 2021 through the Fredonia Opera House, giving more Western New Yorkers the chance to experience the film, and maybe even spot themselves. (Visit fanconnectionmovie.com/see-the-film for additional streaming news.)

For director Mary Wall and producer Eric Wojtanik, the journey from concept to getting the film before audiences has been long but rewarding.

“An incredible sense of urgency”

Wall grew up outside of Buffalo, and, after stints as a teacher and environmental engineer, she moved to Los Angeles where she worked on NBC’s The Office and Parks and Recreation. She even earned a Writers Guild Awards nomination for writing an Office webisode. While on a hiatus from that job in 2006, she returned to Hamburg to spend time with her family.

“It happened to coincide with the incredible Sabres playoff run, ending in a loss to Carolina in the Eastern Conference finals,” Wall says. “Throughout the run, I was taken by the sense of community it brought to Buffalo and Western New York. Then, after the loss to Carolina, I remember seeing fans at the airport welcoming the team home and thanking them for the run. These were fans who had just been devastated by the loss and still found it in themselves to express gratitude to the players. That struck me as special, and I wanted to explore that idea.”

The idea for The Fan Connection took shape over the next five years. “In 2011, I was visiting just after Terry and Kim Pegula had purchased the team,” Wall says. “The Sabres came from the bottom of the league to make the playoffs. Everywhere I went, it seemed everyone was talking about winning the Stanley Cup in the next three years. It almost seemed like a given at that time. I felt an incredible sense of urgency.”

Wall felt that telling a story about Buffalo through the fans of its hockey team was ripe ground for a documentary: “This was a story about loyalty in the face of near-constant disappointment. It wouldn’t be the same if the Sabres had won a championship; it’s easy to cheer for a winner.”

With a concept in place, casting sessions were held in August 2011. Over the course of five days, the filmmakers met with roughly 170 people and narrowed that list to thirty-plus. Wall met with each personally, and then picked thirteen to follow over the next four years. “While everyone ended up in the movie in some way, it was through several years of editing that we narrowed it down to the three stories in the final cut,” she says.

In a happy coincidence, filming occurred during the Sabres’ 2012 playoff push. The team missed the playoffs, but Wall is unsure whether that made for a better or worse conclusion:

“What I like about the ending we have in the movie is the sense of possibility it provides. Even though a large part of the city’s and the individuals’ identities are centered around the Sabres, both the city and the individuals are able to experience their own growth even when the team loses. There’s something I really like about the realization that the power to make a better community or to better your own life lies within you.”

While making the film was a joy, getting it seen has been tricky. Producer Eric Wojtanik says the pandemic profoundly complicated distribution plans.

“We spent close to a year mapping out a plan, which was largely built around booking live, in-person screenings with independent theaters,” he says. “By mid-March 2020, everything changed. It took time, but toward the end of the year we pivoted to a new plan centered around virtual events and educational screenings for universities.”

Interestingly, he sees parallels between the process of bringing the film before audiences, and Buffalo’s lengthy road to rebirth and renaissance: “There are no silver-bullet solutions. A major distributor is not going to swoop in and acquire The Fan Connection, much like Bass Pro and big box development wasn’t the solution for improving Buffalo. In both cases, the only way to achieve real tangible success is through the hard work and dedication of those most invested. Also, in both cases, there’s a lot of work left to do.”

In addition to more screenings, the filmmakers are working to finish Fan Connection bonus features for a Kickstarter backers’ DVD. Wojtanik notes that they are also “trying to shape a story that utilizes some of the unused footage shot during the making of the film to examine Buffalo’s history and current situation through the lens of racial and social equity in urban development.”

As more audiences see the film beyond WNY, Wall says she is learning that the story of Buffalo fan passions is relatable to fans everywhere.   “We’ve had people reach out to say this reminds them of Nebraska Cornhuskers, New York Mets, New York Knicks, and Chicago Cubs fans,” she says. “That is pushing us to work to continue to get this story out there to more cities.”

Learn more about the film at fanconnectionmovie.com.