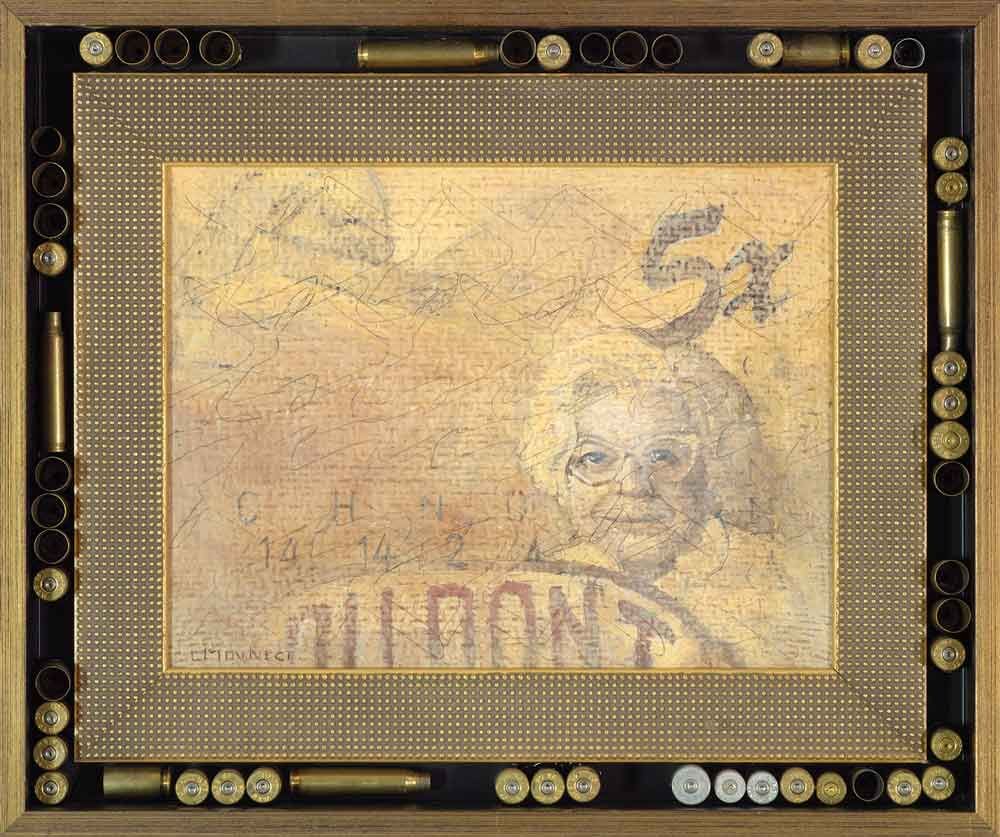 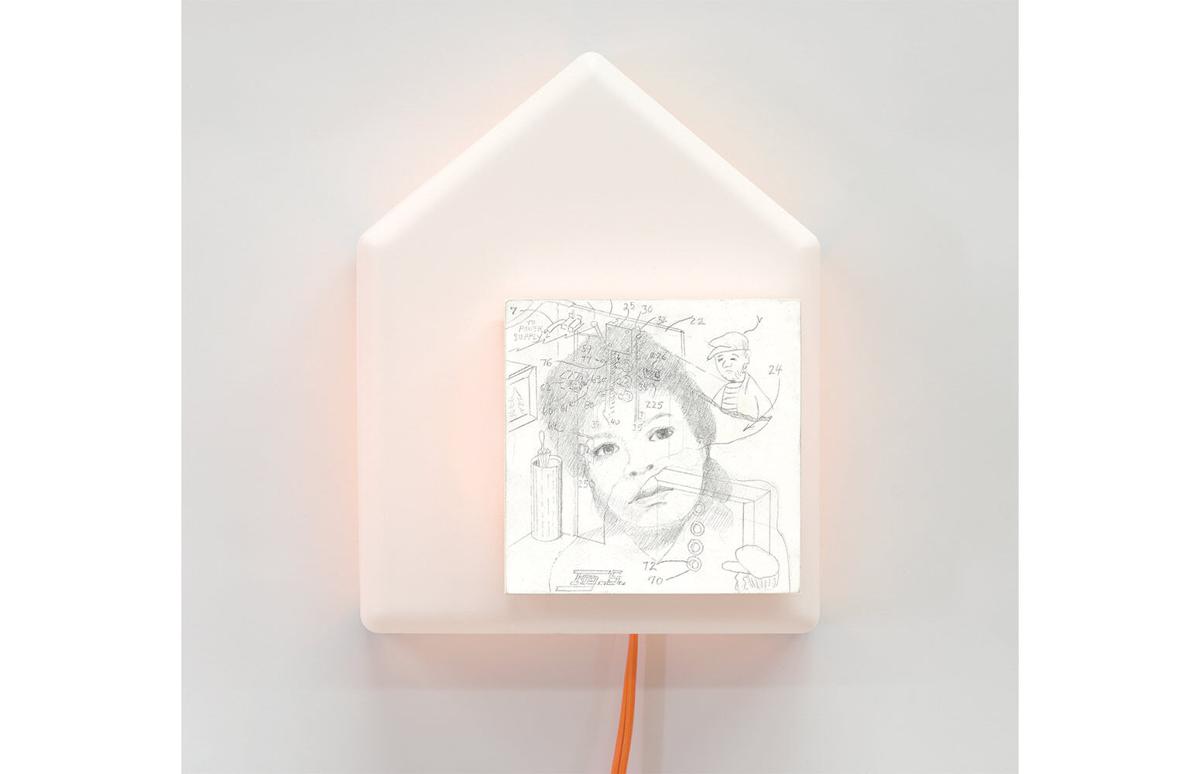 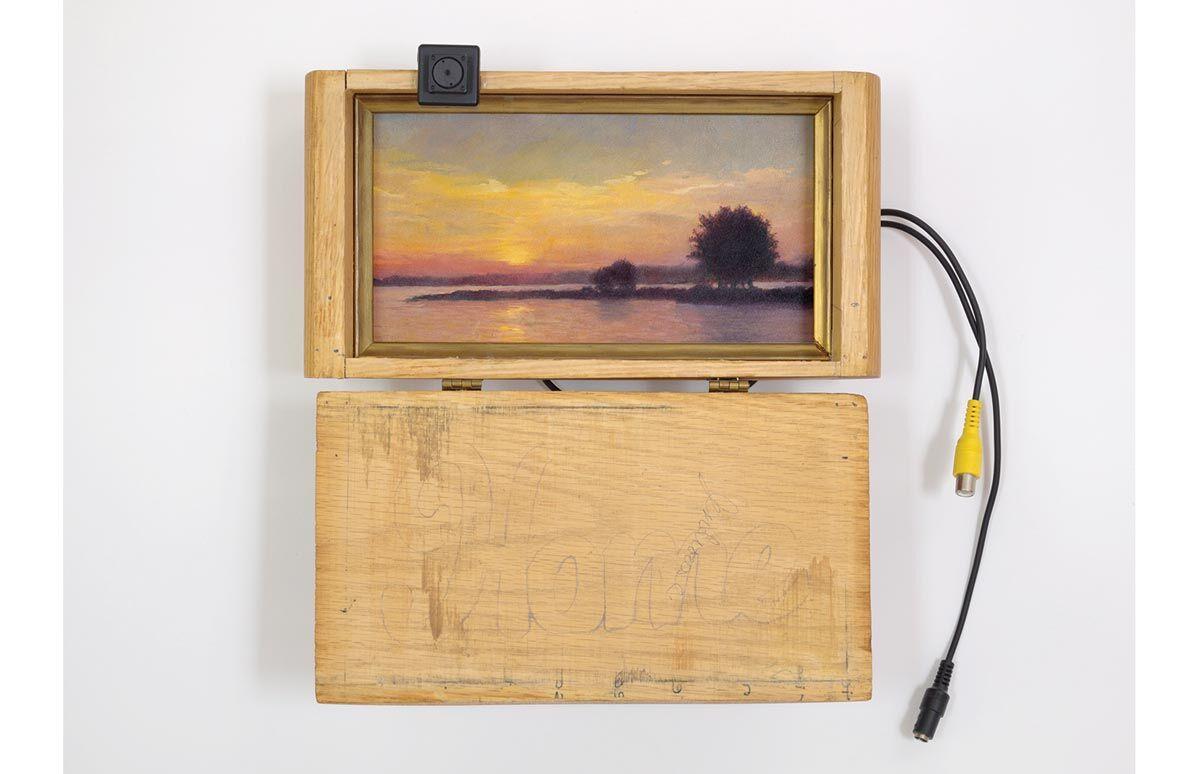 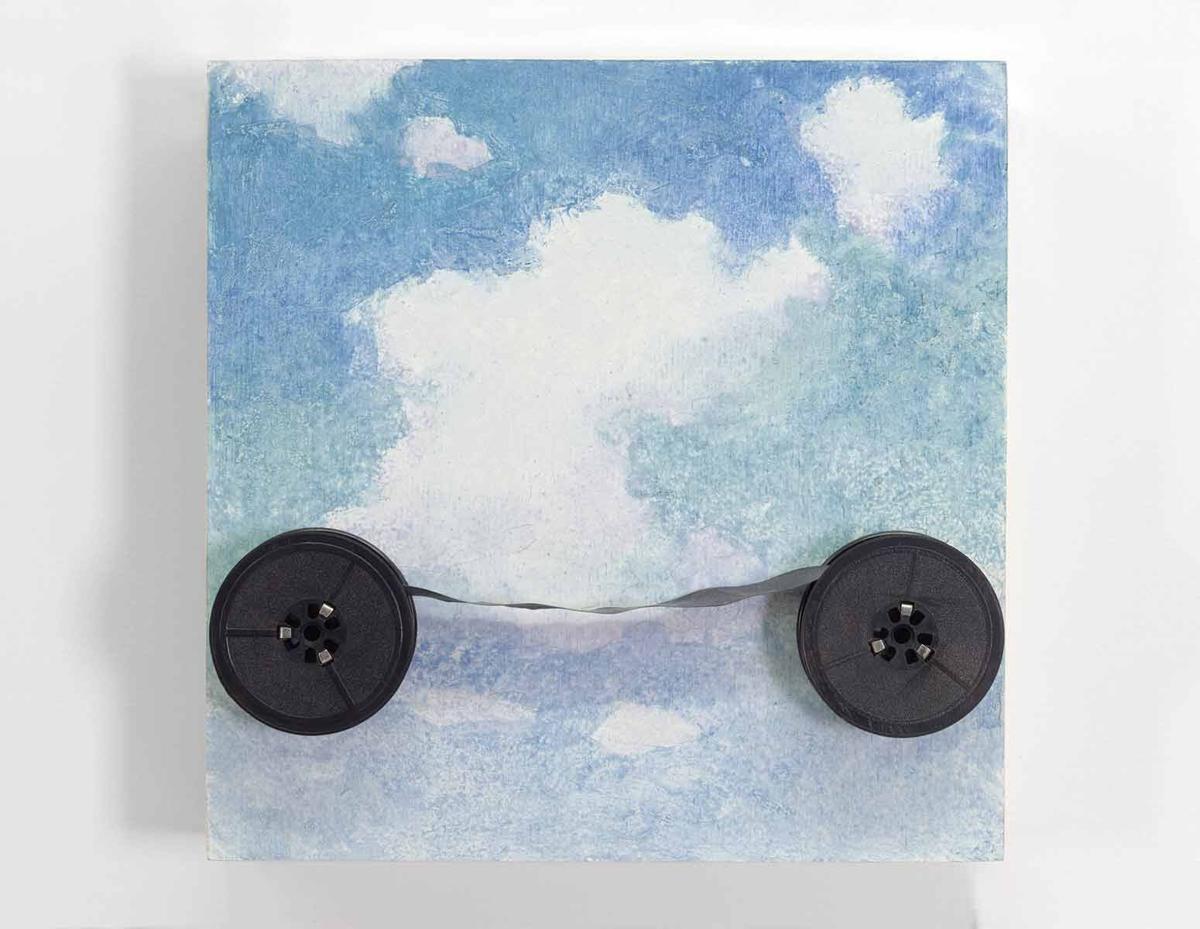 From top: Feeling Safe #2 and Feeling Safe #1, both about the invention of a home security system by Maria Van Brittany Brown (in 1966); The White Stuff, a tribute to Bette Graham Nesmith, who invented Liquid Paper

If you believe the paraphrased adage, "Good things take a long time to make," then you’ll understand why it took artist Coni Minneci five years to complete a series of thirty-eight modestly scaled mixed media artworks honoring twenty-six women inventors. This superb series of works will be shown in its entirety at Meibohm Fine Arts in East Aurora from September 18 to October 17. A little background may be helpful. Minneci’s last major series of paintings, titled A-Z Women Artists, consisted of twenty-six small still life paintings, each designed as homage to a single woman artist at various levels of reknown. That series, which entailed rigorous research to appropriately convey the essence of the artists’ lives and work, also took five years to accomplish. Its high-minded purpose was to illuminate an under-recognized and under-documented segment of art history.

With this new series, charmingly titled Mothers of Invention: Real Women Who Rock, Minneci ups the ante. In addition to researching the women and their inventions, she challenged herself to incorporate multiple references to their inventions in the artworks and, in many cases, this involved actually using the materials they invented. The resulting artworks, hybrids of painting and assemblage, are thoughtfully conceived and expertly constructed. The first sentence in the journal/sketchbook she kept to develop ideas and document the series sums up her intent: "This series is meant to inspire young girls and women to solve problems." It’s a smart body of artworks that blends fact with ingenuity and succeeds on both counts.

Minneci’s series creative approach to her content is admirable. Inventions by their nature solve a problem or fulfill a need. With that in mind, it may not surprise you to learn that a number of domestic inventions such as the automatic dishwasher, ice cream maker, paper coffee filter, and home security system were all invented by women. For Marion Donovan who invented plastic diaper pants, it came down to a simple question, "What do I think will help people and most certainly help me?" Perhaps less expected is that women also invented Kevlar (bullet-proof fabric), a better life raft, a log splitter, and a radio guidance system for Allied torpedoes in WWII. The next time you’re in your car, you can thank Margaret Wilcox, who invented the first car heater, and Charlotte Bridgwood, responsible for designing the first automatic windshield wiper. Executing the series was an intense creative journey for Minneci as she explored making art either the invented material or closely related objects. There isn’t a technical resource you can reference if you are painting on Kevlar or vegan leather made from pineapple leaves, or using Charlotte Bridgewood as a painting medium. Is it possible to create a painting using the ingredients for Toll House cookies, which Ruth Graves Wakefield invented in 1938? Through trial and error, Minneci figured out a way. A thread tying the series together is that many of the works include landscapes, a genre that Minneci has long mastered. In some cases, she subtly imbeds the relevant scientific formula or patent diagram into the scene. The other imagery and found objects she astutely incorporates into the works alluding to each invention are highly effective. Decoding the references and appreciating Minneci’s sincere effort to honor these women through visual tributes are just some of the joys of seeing this exceptional new chapter of the artist’s celebrated career.