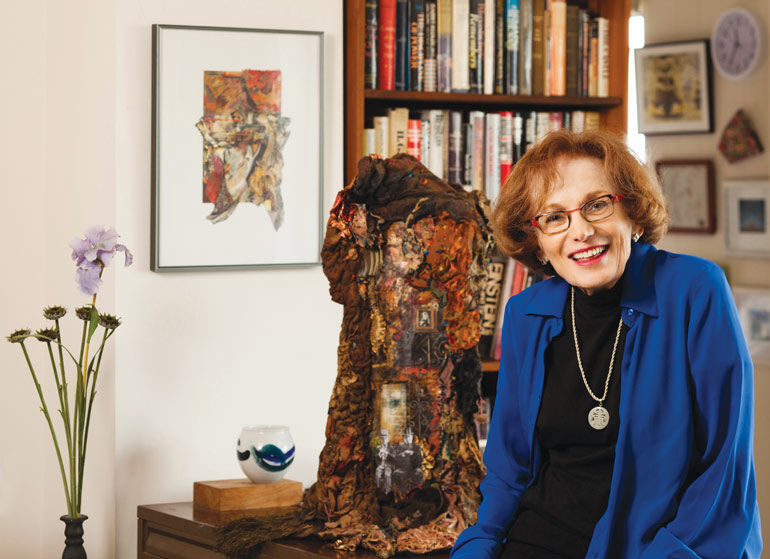 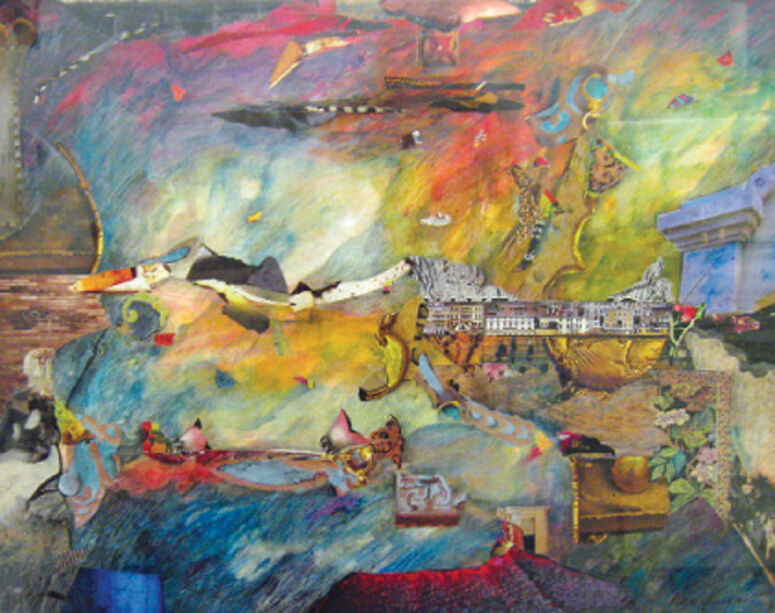 At an art show in the 1980s, while staring glassy-eyed at an uninspired sculpture of twisted gossamer fabric, I impulsively remarked to a friend that fiber art isn’t really art at all. It’s craft, I said, usually bad craft. Unfortunately, my friend’s mother, the fiber artist, was standing within earshot. Needless to say, she did not become my friend that day.

It wasn’t really my intent to impugn the integrity of yarn, taffeta, and thread as proper art fodder. Good art, and bad, can be made from pretty much anything. What I should have said was that artists who identify themselves by their media often seem to place craftsmanship ahead of content, and, with fiber, that craftsmanship is frequently derivative or reeking of sentimental irony. That still might not win me any friends among fiber artists, but, really, why the qualifying adjective? We don’t call Richard Serra a metal artist, or Joan Mitchell a paint artist. They’re just artists.

Further muddying the water, fiber-based domestic crafts such as quilting and needlepoint were dubiously rebranded by some as fine art when feminism "reclaimed" art forms historically dismissed as women’s work. The fiber gender bias is real though, as I learned first hand in the 1970s when I took an introductory fiber art course at Buffalo State College and discovered I was the lone male adrift in a sea of women.

The professor for that course was Nancy Belfer, whose extensive exploration of numerous processes and materials broadly classified under "fiber" ranges from ancient clamp-resist dye methods called shibori to modern inkjet printing. The list includes weaving, stitching, painting, collage, dyeing and dye resist, appliqué, quilting, batik, and the time-intensive Indonesian process known as ikat. Belfer has written three books and  numerous articles on her methods. An upcoming exhibition at Indigo Gallery, titled Affinities: The Work of Nancy Belfer, will track the artist’s progression through a number of thematic stages spanning decades.

Since my ill-timed fiber-dis in the eighties, fiber work among artists influenced by postmodernist thought has grown progressively more conceptual. Belfer’s art has followed this path, though separating media from content in her work is as futile as trying to unravel a tangled mass of yarn. "Oh, there’s no separation," she says, "It’s just one entity."

"A willing bearer of ideas" is what Bauhaus weaver Anni Albers called the materials of her craft. "I could immediately relate to that idea of the internal dialogue with the material to find its creative potential and transcend the technique," says Belfer, surrounded in her apartment by art awaiting transport to the gallery. Her "willing bearer of ideas" includes fabric, yarn, paper, paint, dyes, thread, printed images, and a wide assortment of found objects. To Belfer, "diverse tactile surfaces, patterning, and interwoven structures" possess "intrinsic expressive qualities," that act as springboards to thematic content. "In the fiber arts, a certain level of technical mastery is required to enable the kind of contemplative thinking that results in the formation of new work," Belfer explains, chatting over homemade pizza prepared in my honor. "Technique is important, but then you have to transcend it, and go beyond it, and that’s what I have been trying to do."

She readily acknowledges her lifelong captivation with textiles. "I mean that’s where my whole interest is," she says, adding with no intended pun, "That’s the thread that goes through everything." When asked what label she would apply to her art, she responds incredulously, "I don’t call it anything; I mean, it’s stuff I do."

A wide selection of the stuff Belfer does will be on view in the Indigo exhibition, which  includes her eighties-era weaving Sentinel Series 1— her own variation of ikat, in which threads are pattern-dyed before being woven. The time-intensive process results in something akin to smoothly symmetrical abstract paintings.

By the nineties, with Odyssey Series 2, Belfer is applying appliqué, paint, and embroidery to wall weavings, a highly unconventional tactic. The word odyssey suggests a journey, and the work’s horizontal orientation, linear stitching, and bits of applied materials and paint can be read as a timeline through space, with implied stops along the way.

From the late nineties to the present, Belfer has been making a variety of textile constructions, moving from one unifying theme to another. There is an overarching and powerful tactile presence throughout this work, which she arrives at intuitively. Many possess an organic quality, suggesting biological functions. All maintain strong, even fierce, aesthetic integrity, but the word pretty doesn’t fit. Some, with their furrowed surfaces and muted tones, evoke decomposition. Others are like organisms that have been dissected so we can study their complex workings. In her metaphoric Shield Series, leftover weaving strips are arranged into undulating shield-like forms, because as Belfer explains, "This is the shape it wants to be."

There are collages, so intricately layered that it’s nearly impossible to visually discern their separate components. Some begin as "splashed paintings," and then develop organically as materials are layered over—and in response to—the paint. Some are pure expressionistic abstractions, some reference landscapes; "I would call them dreams of landscapes in my head," Belfer says.  Most recently, she has been creating richly textured sculptural forms that look something like ornately outfitted baroque tree trunks.

One recent three-dimensional work is an addition to the artist’s Peace Conference series begun several years ago, when Belfer saw an unattributed painting titled The Somerset House Peace Conference. It was a seventeenth century depiction of distinguished-looking men in ruff collars lining both sides of an ornately covered table; as Belfer remembers, "The idea of peace conferences is something I might be able to work with." The first Peace Conference—a sculptural wall hanging—incorporates a computer-manipulated image of the painting, which has been further altered with paint, added bits of textile, and surface etching. Plastic toy army men perch on top of the ornately patterned vulvic-like form; peace conference participants are swaddled amidst gathered fabric. The work invokes a visceral response, prompting multiple readings on such things as patriarchal authority, repeating history, female nurturing, the trappings of power, and the futility of war. This is art using fiber, about fiber, but which transcends its media to become something much more.

Affinities: The Work of Nancy Belfer at Indigo Gallery runs from October 10 to November 8

Bruce Adams is an artist, educator, and longtime Spree contributor.