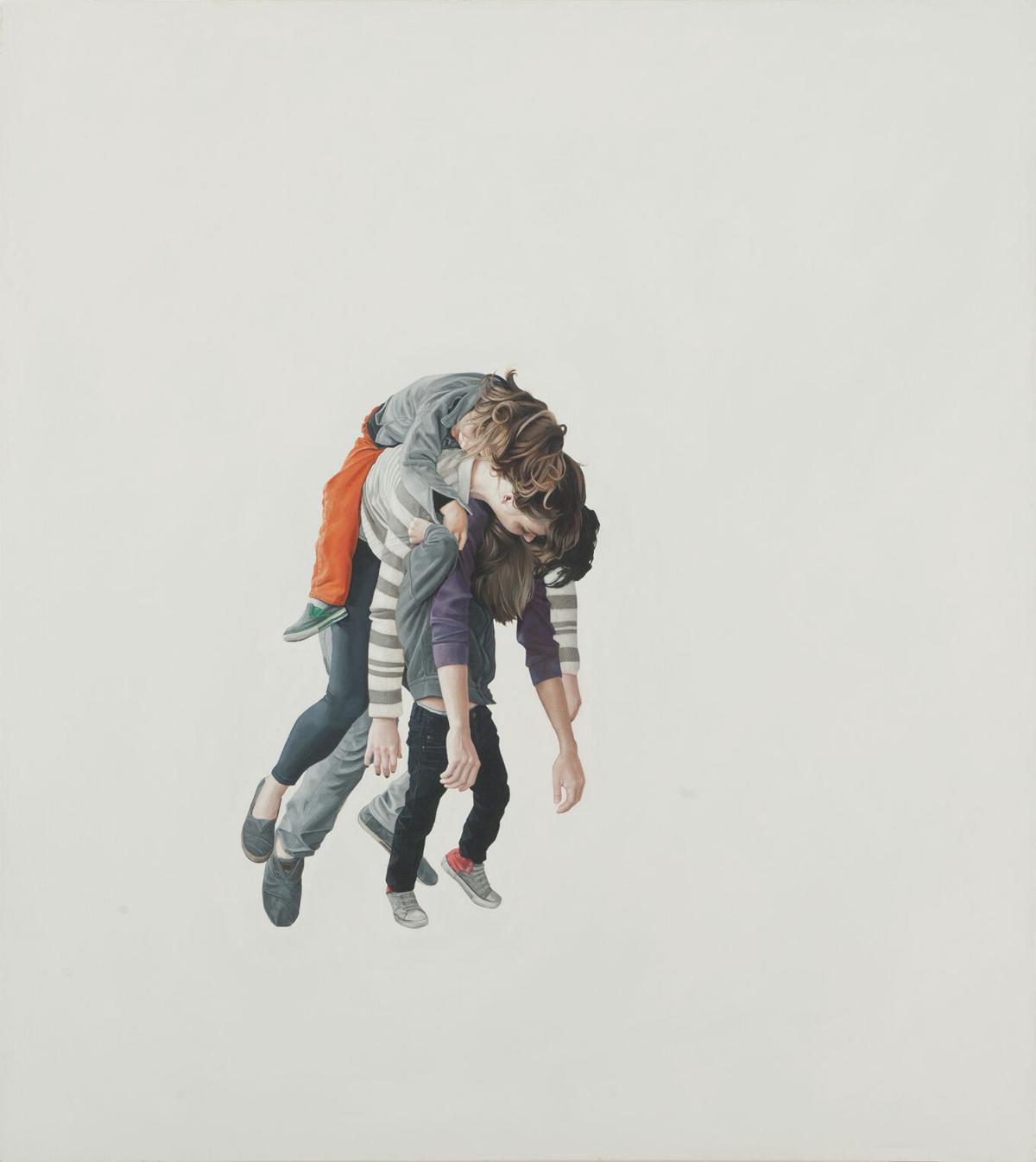 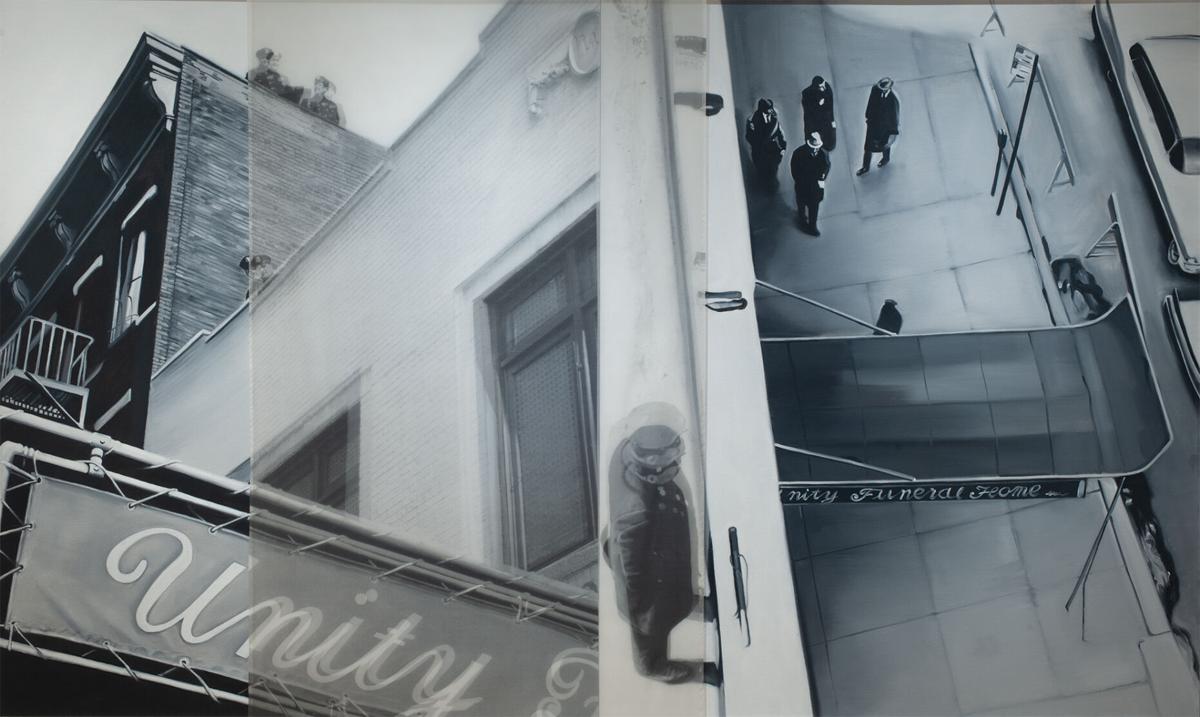 McCallum Terry’s Untitled (After World Telegram and Sun, Police guard the rooftop of the Unity Funeral Home where the body of slain Black Nationalist leader Malcolm X is reposing), Courtesy of the Burchfield Penney Art Center 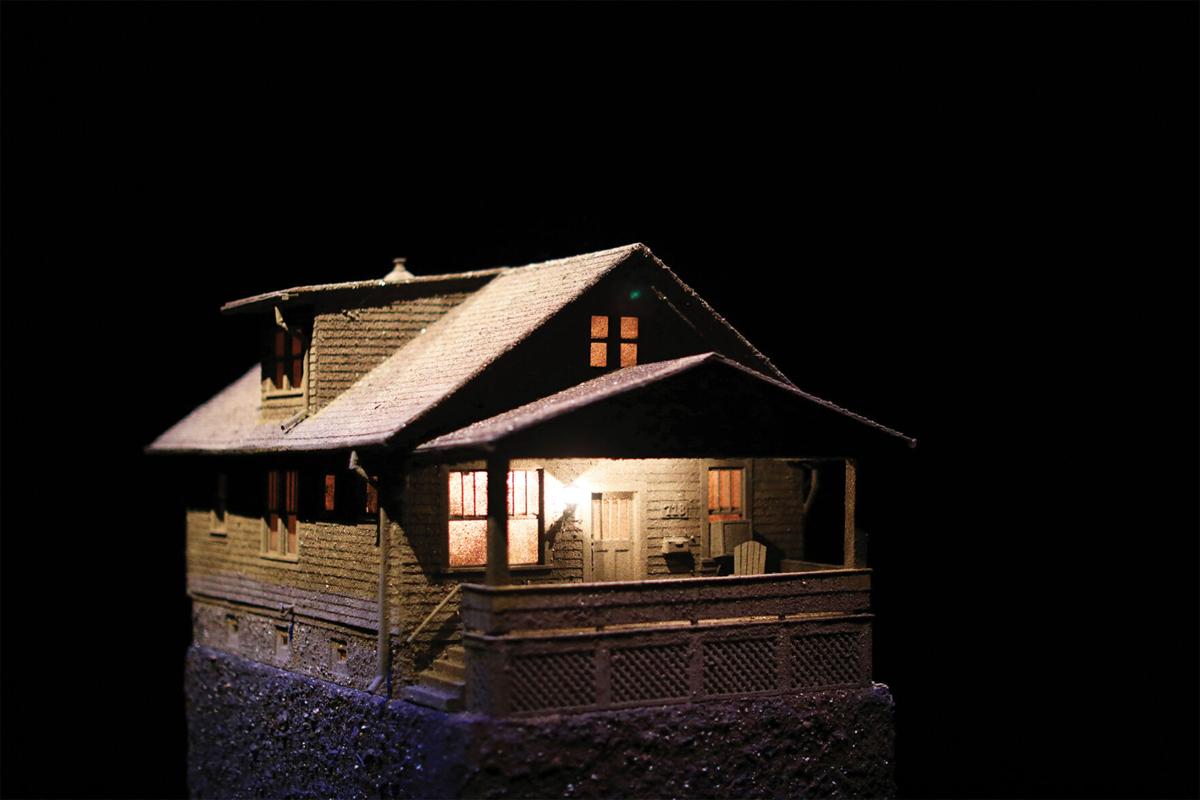 McCallum Terry’s Untitled (After World Telegram and Sun, Police guard the rooftop of the Unity Funeral Home where the body of slain Black Nationalist leader Malcolm X is reposing), Courtesy of the Burchfield Penney Art Center

at the Burchfield Penney Art Center, along with Unseen (up through November 29) and other shows, 1300 Elmwood Avenue

In what may be its best installation since the new building opened in 2008, the Burchfield Penney Art Center opened to the public in August with largely collection-based exhibitions. We won’t see anything across the street at the Albright-Knox Art Gallery for at least another year, so, for those who crave an exciting art museum experience, BPAC is the place.

There are six new exhibitions, but the central show is What’s Going On. Its PR describes it as “a response to the difficult times we are living in.” I wouldn’t impose that limitation. True, many of the works speak of isolation, frustration, sadness, and the existential angst that surrounds contemporary life, but that’s what great art is supposed to do. What makes it effective is that it transcends those barriers with beauty, power, and sheer bravura. The exhibition unfolds over a series of spaces within the museum’s largest space, each “room” curated by a different BPAC staff member.

The works within each space probably say more about the relationships between museum staffers and the art that most of them have lived with for a decade or more than they do about our “difficult times.” Ultimately, this is a show about love: love for artworks that give more with every viewing. Visitors to the gallery are probably unfamiliar with many of these, which makes it even better. It is a revelation of BPAC’s deep bench, which is loaded with fun, exciting, and important works. It’s interesting that no other BPAC collection show has demonstrated this so vividly.

There are too many highlights to describe, but start at the beginning, with McCallum Terry’s Untitled (After World Telegram and Sun, Police guard the rooftop of the Unity Funeral Home where the body of slain Black Nationalist leader Malcolm X is reposing). This is clearly relevant to Black Lives Matter. The oil on canvas/toner painting amazes with its careful combination of blurred/vivid history, forcing viewers to stand looking longer, absorbing the scene, and trying to understand it. Once in the first gallery, a cry of horror is provided by Paul Sharits’ Untitled portrait; it’s a facial expression that many of us have have fought not to show over the past six months. It is also one of Sharits’ last works before he died in 1993; in it, he rejects his earlier, minimal color poems to freely convey horror and despair in a more expressive medium.

It’s not hard to see the sterile sameness of suburbia in Joshua Marks’ sculptures, which are little parables of obsessive consumption and cookie-cutter “success,” but it’s also obvious that these communities must depend, as we all do, on human interaction for their healthy survival.

In a later room, media artist Meg Knowles walks repeatedly around the same room at various times, in different clothes, and sometimes carrying a cat that we assume to be a treasured and only companion.

The fact is that artists usually work in isolation. There doesn’t need to be a pandemic for artists to express uncertainty, even fear, in the face of a culture than seems alien and uncomfortable. Indeed, every work in this show was created well before New Year’s Eve 2020. Perhaps that is heartening. Maybe the struggles of today will help us address the underlying conditions that make them even harder.

Keep in mind that What’s Going On is one of six excellent exhibitions now up at BPAC. There is an illuminating display of works that have undergone Buffalo State College conservation, a wood-related craft show, the usual insightful Charles Burchfield focus, Caitlin Cass’s suffrage comics, and a riveting multimedia installation by Chantal Calato. Social distancing has always been easy at art museums, so don’t let COVID keep you from this.