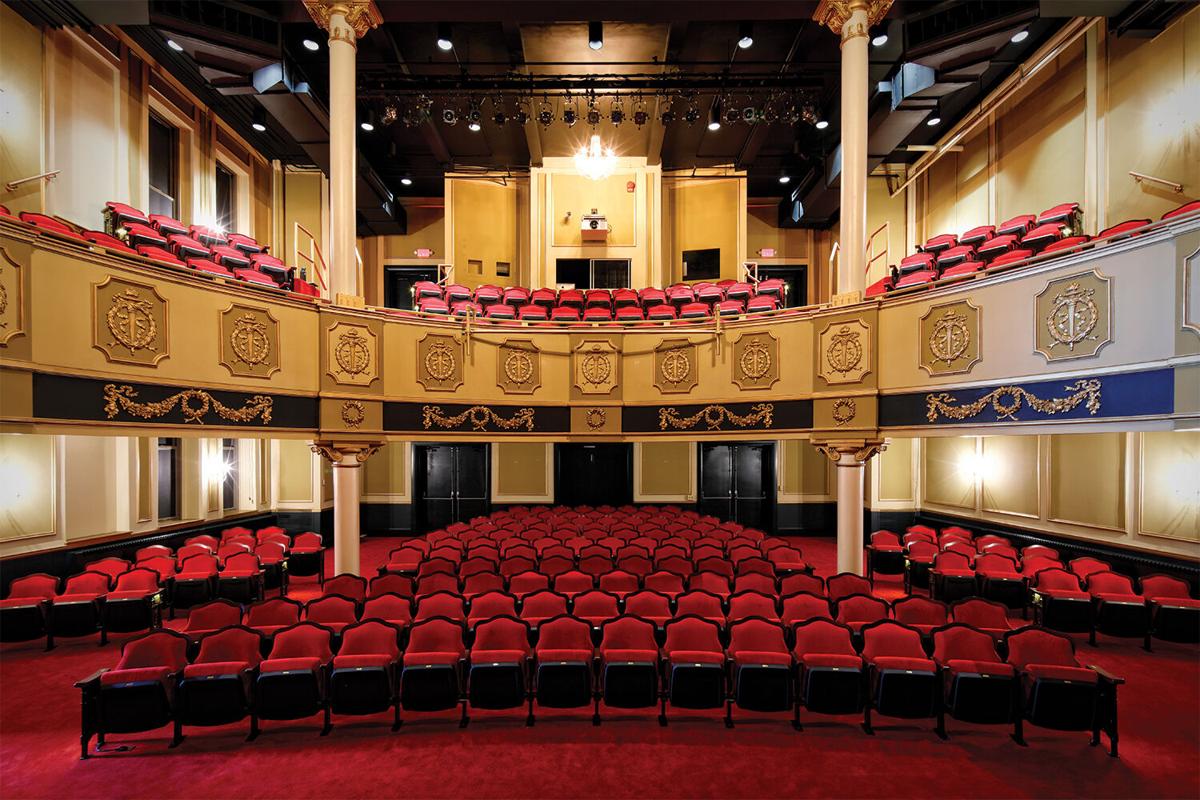 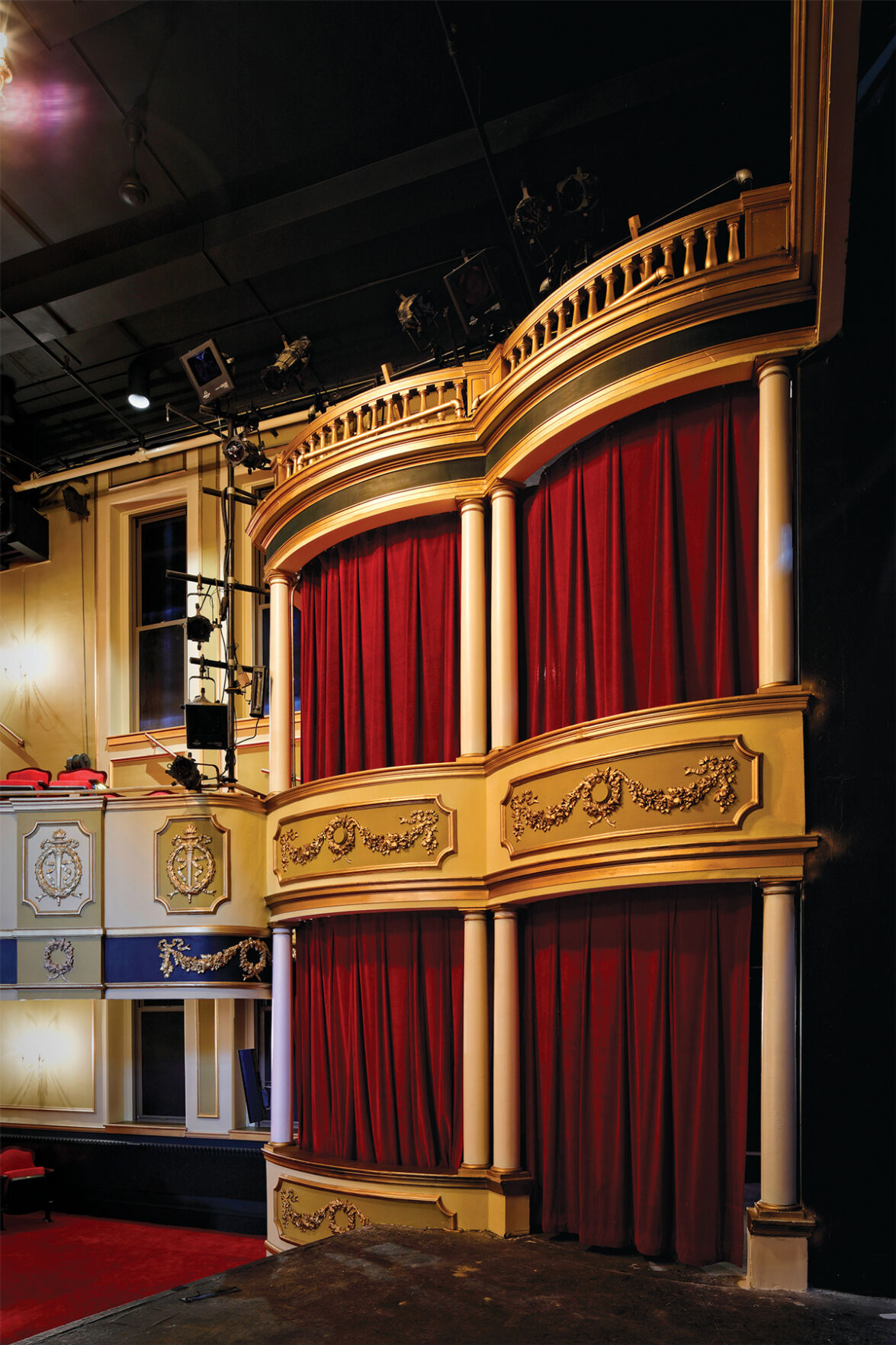 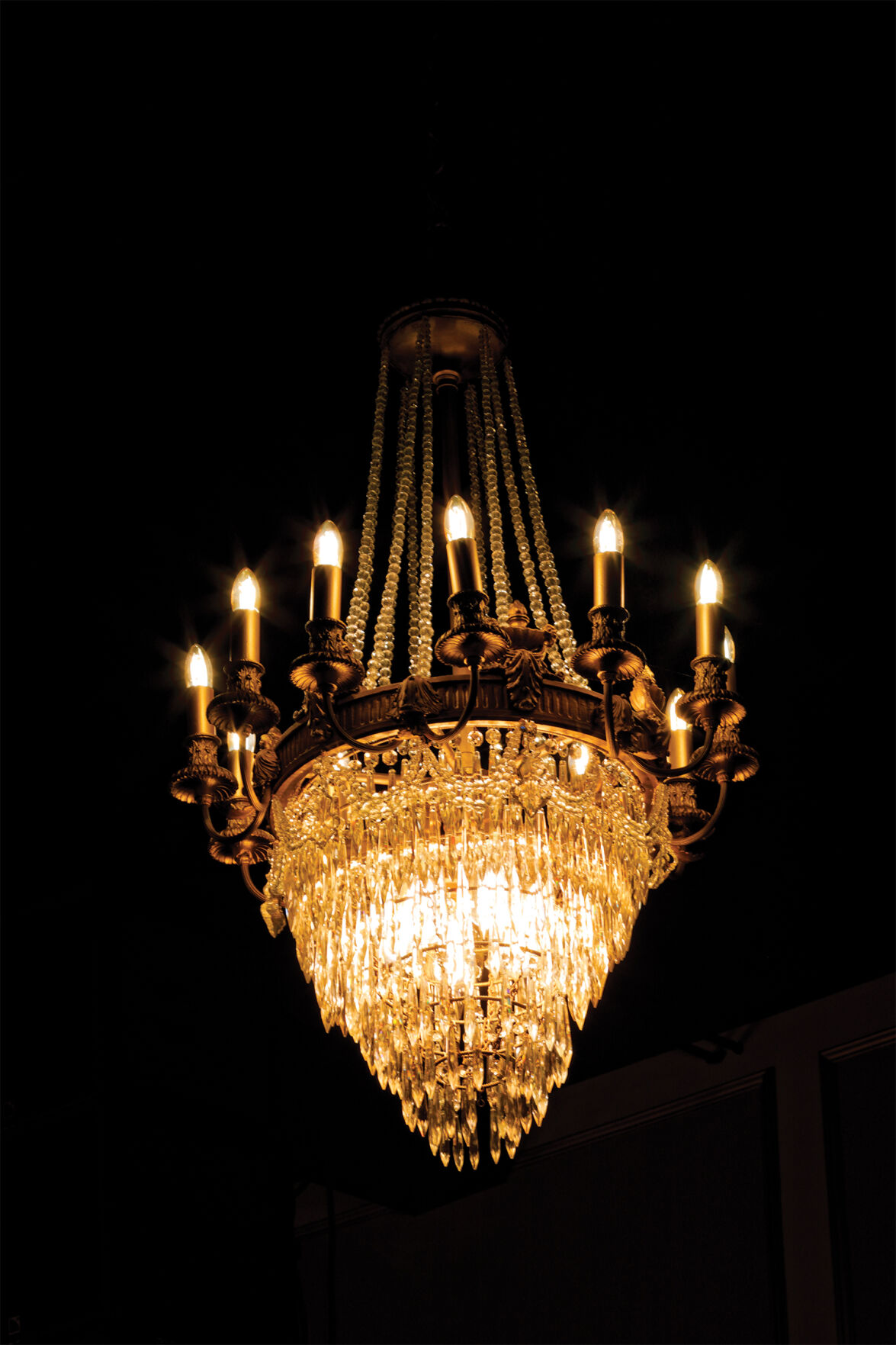 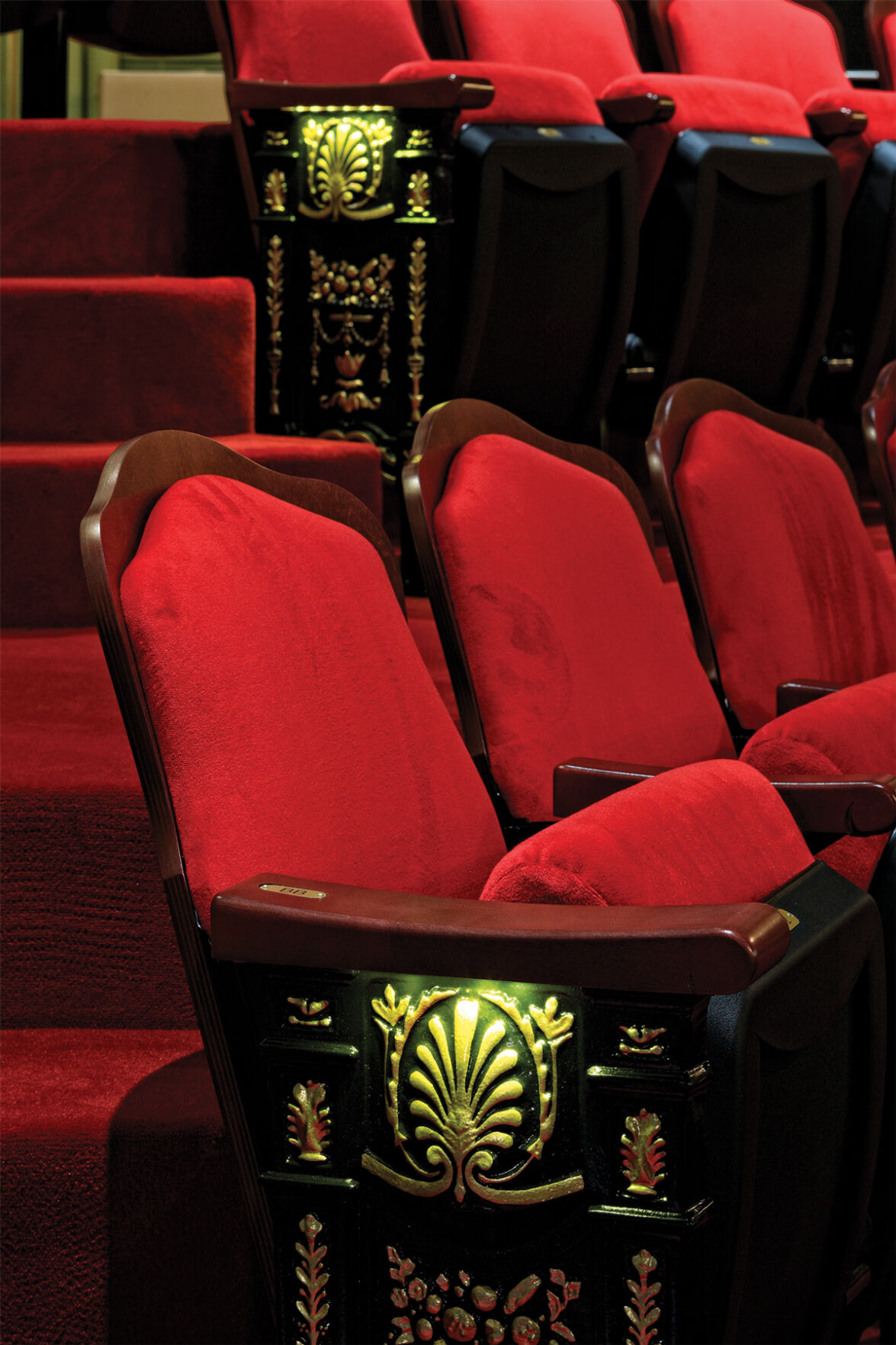 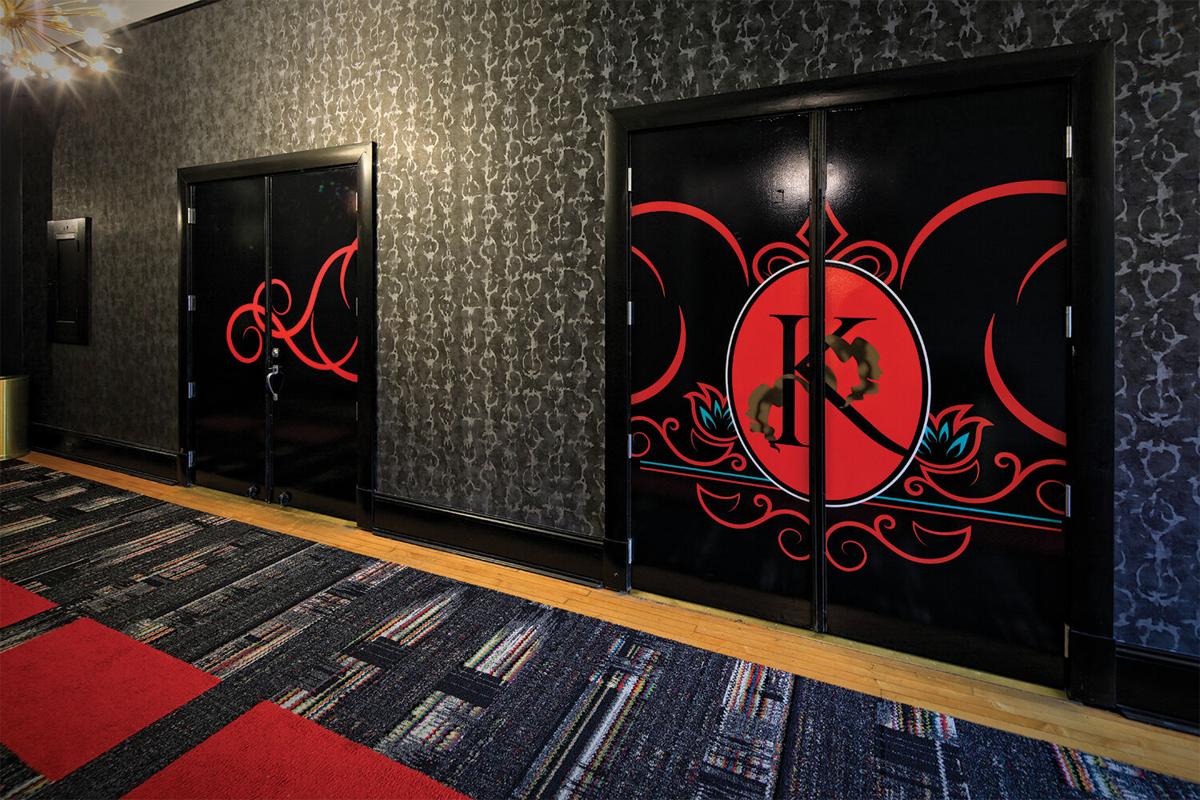 For the Kavinoky Theatre, the resident professional company at D’Youville College on Porter Avenue, the 2019-2020 season was on track to be its most successful ever. The musical Hairspray, the season’s initial offering, was enormously popular. The show’s feel-good story and 1960s-themed music was especially remarkable for the diversity of its cast. “Here we are on the West Side of Buffalo, one of the most diverse neighborhoods in the world,” says Kavinoky executive artistic director Loraine O’Donnell. “When we did Hairspray, we had more people of color in that cast than we had had on the stage of the Kavinoky in the past forty years.”

Aaron Sorkin’s adaptation of Harper Lee’s To Kill a Mockingbird, the season’s next play, was a particularly satisfying endeavor since the previous season’s attempt to stage the play had been shut down by Scott Rudin, the producer of the New York City production, and sets were dismantled two weeks before the scheduled opening. In later recompense, the New York producer offered O’Donnell the new script free of charge and the production last November sold out every night, the biggest-selling show in Kavinoky history.

A second musical, The Bridges of Madison County, opened in January and was another big hit. Then, halfway through the run of the next show, Paula Vogel’s Indecent, a collaboration with the Jewish Repertory Theatre, the Kavinoky was shut down by the pandemic. Meanwhile, in 2018, the company had begun a successful fundraising campaign to restore the Kavinoky’s auditorium. In January of this year, the theater, against stiff competition, was awarded a matching grant through the New York State Council on the Arts. After the state’s COVID moratorium on “non-essential” construction projects was lifted, work on the project began in May with the breakdown of the Indecent set and the removal of the faded, forty-year-old seats and carpeting.

D’Youville’s Brian McNamara, the college’s director of capital projects, outlined the evolution of the renovation: “Our president Lorrie Clemo has been the driving force. She identifies the project, puts it in my hands and says, ‘Brian, do your magic.’ My job is to assemble the team that I know is going to do the job. We don’t want to replicate what we’ve already done or what somebody else has done. The Kavinoky, as beautiful a space as it is, just hadn’t received the love it deserved. Through Lorrie’s leadership the project is not only going to be an asset for D’Youville college but also an amazing asset for the community.”

As project director, McNamara assembled the renovation team, including interior designer Jason Kruszka and craftsman Frank Ferrelli, who had previously worked together on a number of other projects.

“There were many hours put into what this space should look like,” recalls McNamara. “There were many nights Jason and I sat in the theater envisioning what that space should be. We understood where we needed to go. We could have gone with a color palette like Shea’s but we wanted to stretch and do something different.”

The stage is now lit by two magnificent chandeliers that McNamara found in a college office and, with the help of two other people, took apart—all 700 pieces of each—cleaned off the decades of dirt and cigarette smoke, and reassembled. A smaller, matching third chandelier was also restored and installed in the ceiling over the balcony. Then the old wall sconces were replaced by new gold fixtures with hanging crystals that match the chandeliers. The carpeting and seats are now a dazzling crimson and the soft seats have handsome scalloped black wood trim at the tops. Each end row seat features delicate gold ornamentation and an indirect lamp under the armrest to cast a soft glow on the aisles. Ten seats were removed to eliminate compromised sight lines around the columns supporting the balcony; there are now 240 seats.

The renovation project was divided into three distinct phases: the seats, carpeting, plastering, painting and restoration of the space; the installation of a motorized, drop-down screen and state-of-the-art projector; and the construction of a Broadway-type awning above the building entrance emblazoned with the theater name and festive lights to canopy the stairs and sidewalk all the way to Prospect Street, which should eliminate any doubt as to where the theater is or how to get there. The first two phases are complete; the third is slated for 2022.

Since the renovated space will be used by both the theater and the college, the screen and projector can be used in productions or class or seminar presentations.

“Early this year, Frank called me, knowing my attention to detail,” recalls Jason Kruszka. “And it’s significant to me that everything then was shutting down and I was looking at a possible time of no work. I had six weeks of work lined up and, one by one, I watched them all cancel. When Frank called and we went to look at the theater, I got really excited. It’s an absolute gem and I was delighted to be considered to paint it. Frank introduced me to Brian and Brian caught on to my passion for the project. The way the three of us worked together and the general enthusiasm, knowing we had something unique here, was inspiring.”

To help achieve their vision, the trio chose Benjamin Moore colors Light Khaki for the walls; insets are Military Tan. The chair rail, detail accents, and all woodwork are Regent Green, the ceiling is Black Knight, the columns are White Dove semi-gloss, and all gold detail is Metallic Gold.

O’Donnell was overjoyed when she saw the new space. “Jason noticed little things that had not been done the first time around,” says O’Donnell.  “He knew how important the colors were to me and everybody else. And what he ended up with I love. I’ve never seen that color palette in another theater. It’s warm and sophisticated and the colors are not so bright and crazy as to distract from this beautiful scrollwork. It highlights that without overpowering it. It’s gorgeous.”

What is now the Kavinoky was built as a finely designed Edwardian recital hall in 1903 for vocal performances, string quartets, and piano recitals. In the mid-1970s, David Lamb, an actor, director, and theater professor at D’Youville, envisioned the space as a fully functional professional theater for plays and musicals. Edward Kavinoky, serving as the first lay chairman of the college’s board of trustees, began a capital campaign to renovate the hall, extend the stage, and transform it into a theater. By 1980, the renovation was completed in time for the beginning of the fall season and the theater was named for Edward Kavinoky, who died in 1977, a few years before that first opening night.

A vital part of the community

“The renovation of the Kavinoky fits into a larger picture of campus renovation, an ongoing master plan budgeted at $45 million,” says Clemo. “The focus is to mirror the larger renovation in the region and to capture the progress being made throughout Buffalo in the arts and public spaces. We have five distinct stages planned for this development and the Kavinoky falls into the third stage, our community neighborhood phase. Our plan with the theater is to take the assets the college has and turn them outward to further integrate the college into the community. The renovations make it more comfortable and acoustically contemporary in terms of the sound system, and with the new projector and motorized screen, it can be a multipurpose event space as well. We also hope that people across the community will find it attractive to host events. We will be hosting all of the events for our incoming students there and it will be the center stage to introduce students and their families to the opportunities across the college.”