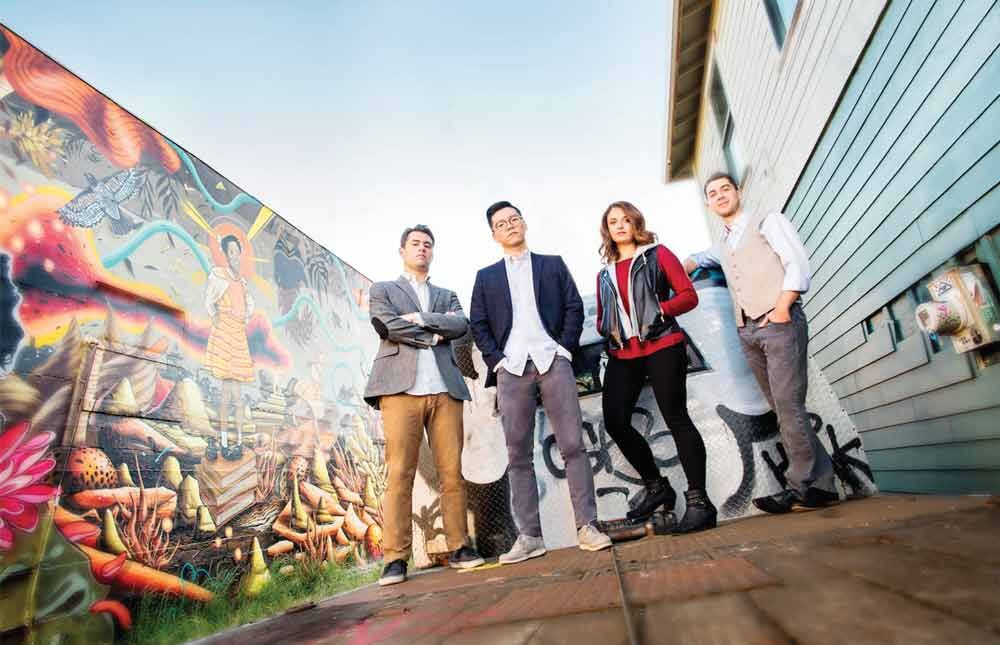 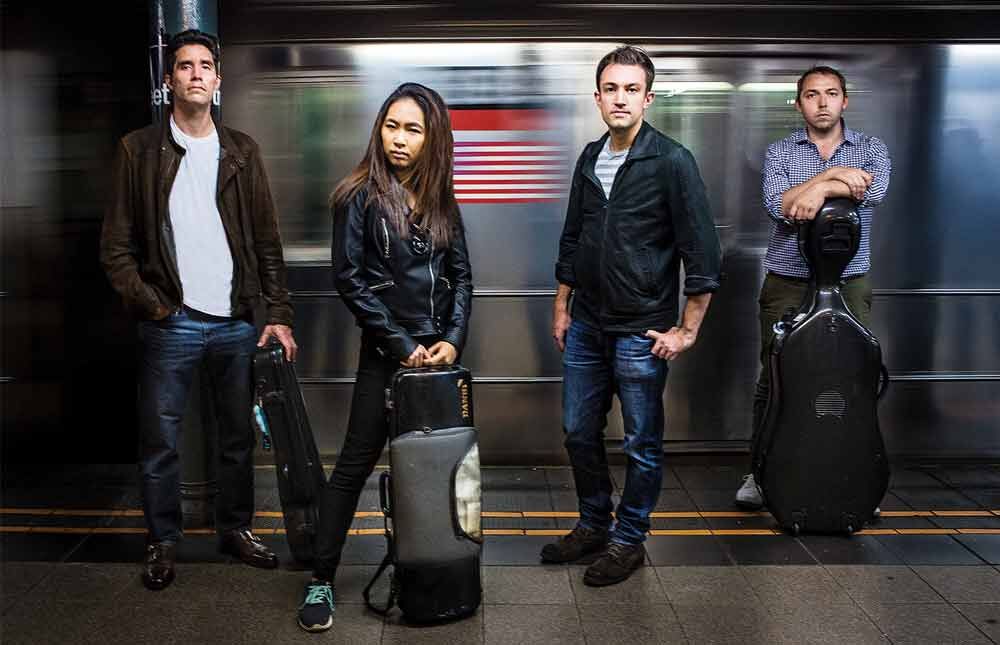 String octets, also known as double quartets, don’t have that many compositions to choose from. Perhaps less than two dozen exist, at least one of which is scored for cello and bass instead of the usual two cellos. The rest of the standard instrumentation is, of course, four violins and two violas. On October 29 at 8 p.m., the Buffalo Chamber Music Society presents the Dover Quartet and the Escher Quartet in a program of three string octets by Dimitri Shostakovich, George Enescu, and Felix Mendelssohn. Of all the existing octets, the Mendelssohn is by far the most famous and was the inspiration for several others. Written in 1825 when Mendelssohn was sixteen, it’s been praised as having "youthful verve, brilliance, and perfection" and described as "one of the miracles of nineteenth century music." The Enescu and Shostakovich octets are representative of their musical times in the early and mid-twentieth century with their respective romance and dissonance.