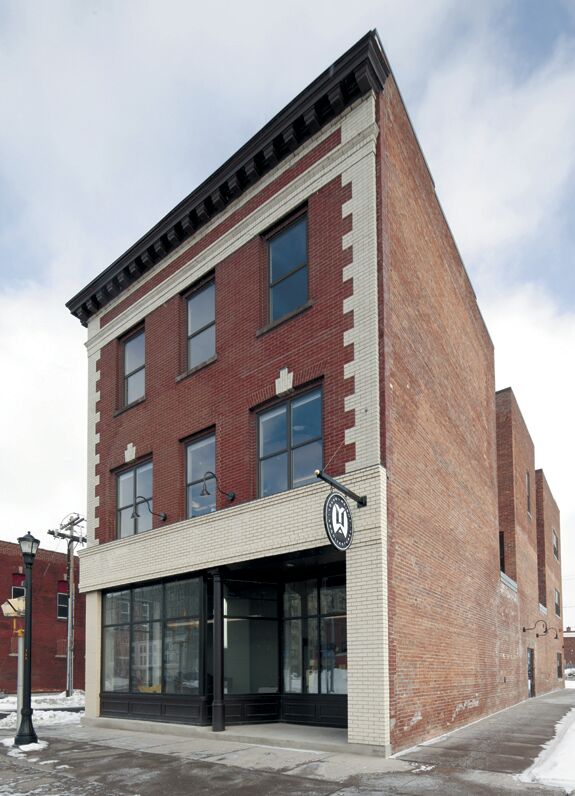 The Schaefer building at 740 Seneca 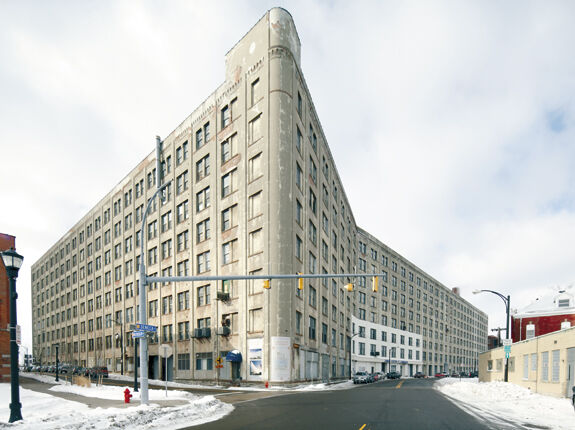 701 Seneca—the largest building in Buffalo—will be rehabbed inside and out, with retail on the ground floor.

Whichever word you use to describe what’s been going on in the Larkin District, there’s no denying the evidence: This is not the Hydraulics neighborhood of ten years ago, or two years ago, or even last spring.

At least half a dozen buildings are being renovated, a few formerly dilapidated buildings have tenants again, and the people who live and work in this once defunct industrial core are actually spending time outside.

It should come as no surprise that the most dynamic changes of the past year are the result of the stewardship of Larkin Development Group, the Howard Zemsky-led firm that has been rehabbing the Hydraulics/Larkin neighborhood for nearly a decade now, but other local developers are getting into the act too, most notably Seneca Larkin Holdings LLC, who are undertaking bold rehabs of massive buildings within the coming year.

The improvements included new sidewalks, street furniture, lights, walkways, trees, crosswalks, and bus shelters running along a half-mile stretch of Seneca Street between Fillmore Avenue and Larkin. First Niagara Financial Group, who moved their headquarters into the Larkin at Exchange Building in September 2009, provided the lion’s share of funding for the streetscape, with smaller contributions coming from National Grid, the City of Buffalo, New York State, and Larkin Development Group. The new streetscape represents the kind of private/public partnerships that are spurring a wave of reinvestment in the Hydraulics.

Zemsky and his partners laid the groundwork about nine years ago, when they acquired the Larkin at Exchange building and converted its 600,000 square feet into Class A offices. A few years later, they began working with the University of Buffalo School of Urban Planning, specifically the Urban Design Project, and came up with a master plan to develop a much broader vision for a mixed-use neighborhood. Before long, companies were expressing a desire to become tenants in Larkin at Exchange.

"That demand for space and for the unique properties of that building—and the neighborhood—gave us the confidence a few years ago to start acquiring a variety of parcels in our neighborhood," Zemsky says, "Even though at the time we didn’t necessarily know precisely what we would do with them."

Larkin Development Group has bought close to thirty different parcels and buildings in the neighborhood with the hope of breathing new life into once-abandoned properties. Last September, for example, the group cut the ribbon on the repurposed, three-story Schaefer building at 740 Seneca Street. Constructed in 1900, the Schaefer building was once home to the Henry Schaefer grocery store and the Marine Trust Bank (which became Marine Midland). Renovations to the Schaefer began last spring; by the fall, Young + Wright Architectural—an up-and-coming design firm and one of the original tenants in Larkin at Exchange—had already moved into the first two floors. (The third floor is currently being converted into loft-style living spaces.)

This year promises to bring even more changes to the neighborhood. Zemsky says Larkin Development "is in the process of attracting commercial tenancy" to the Larkin U building, a historic property built in 1893 by D. Ullman Sons, a large-scale industrial salvage firm. Renovations to the 57,000 square-foot building are just about done. Last year, the building’s façade was stripped of its red paint to reveal the beauty of the Romanesque Revival style brickwork.

Larkin Development Group has also acquired the former Larkin Filling Station—in the hopes of converting it into an indoor/outdoor restaurant—and the former Larkin Men’s Club, with an eye toward rehabbing its 15,000 square feet into residential units. A few months ago, they remediated a brownfield site at 111 Hydraulic Street to get it shovel ready for a spectacular $8 million building which will house Capital Management Services, Inc.

Although you may think that developers would be cutthroat competitors, the partners at Larkin Development Group and at Seneca Larkin Holdings see their relationship as more symbiotic than antagonistic. Jim Cornell—a partner at Seneca Larkin Holdings—cites Zemsky as a pillar of inspiration for other developers who want to play a part in a neighborhood comeback. "Howard Zemsky had a vision for the district which breathed life into the Hydraulics once again over the past eight years," Cornell says. "That spark has created an energized, funky, fun work environment that is now spreading through the neighborhood as new small businesses relocate or start here."

Seneca Larkin Holdings recently unveiled their own plans for rehabbing a Hydraulics neighborhood landmark: the old Seneca Industrial building at 701 Seneca Street, now called the Larkin Center of Commerce. Seneca Larkin Holdings has begun refurbishing the exterior, including the installing of new windows and an elastomeric coating system, as well as entrances on both Seneca Street and Exchange Street. At 1.2 million square feet, 701 Seneca Street is the single largest building in Buffalo. Cornell, who is project manager, says roughly half of this colossal structure will be dedicated to what he calls the "traditional incubator: commercial and distribution users."

"The first floor will be repositioned as retail and service businesses to support building users and neighborhood needs," Cornell says. "Class A offices will make up the rest."

Seneca Larkin Holdings also recently purchased the property at 635 Seneca Street, the original powerhouse that provided power and heat to the entire district during its industrial heyday. They plan to convert the space into more than fifty market-rate, loft-style apartments. The Larkin Lofts, as they are being called, will likely open in 2013.

Many private/public partnerships have been able to reenergize historic urban districts all over the country because of the unique character that these districts have acquired from years of change. These districts are never homogenous. While individual pieces of the Larkin District may be just individual pieces now, as Howard Zemsky says, "You know, this vision of commercial, residential, retail. You can see the pieces starting to come together."