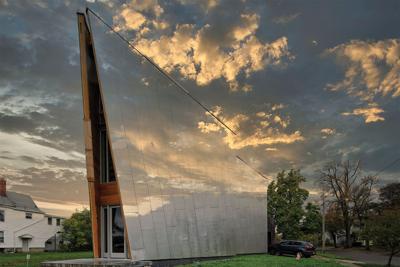 Call it homage to the triangle.  “A triangular house facing a triangular park,” says artist Ben Perrone of his new abode.  It is set deep in the West Side of Buffalo, where School Street meets Plymouth Avenue, and a pocket park offers a couple of benches and a patch of green to neighborhood residents. The solar-powered, light-filled, nearly-completely-off-the-grid domicile is a geometric marvel, looking like a ship’s hull from one side. “Ship of Hope?” suggests Perrone, an abstract painter who is also an accomplished craftsman whose art mingles happily with architecture and activism.

His latest labor of love, subject to normal vagaries of construction projects, has taken even longer due to the pandemic. Getting the solar panels to work has been a particularly frustrating experience. Perrone’s original plan was to complete the house in August 2019. There have been work slow-downs and a budget strained to breaking, but he persisted—as one does when committed to a dream.

Over the years, this Army veteran has created anti-war installations as well as projects supporting, enhancing, and saving the environment. Through Arts Services Initiatives of Western New York, he started a grants fund for local artists working on environmental issues. And this is not the first house he’s built. 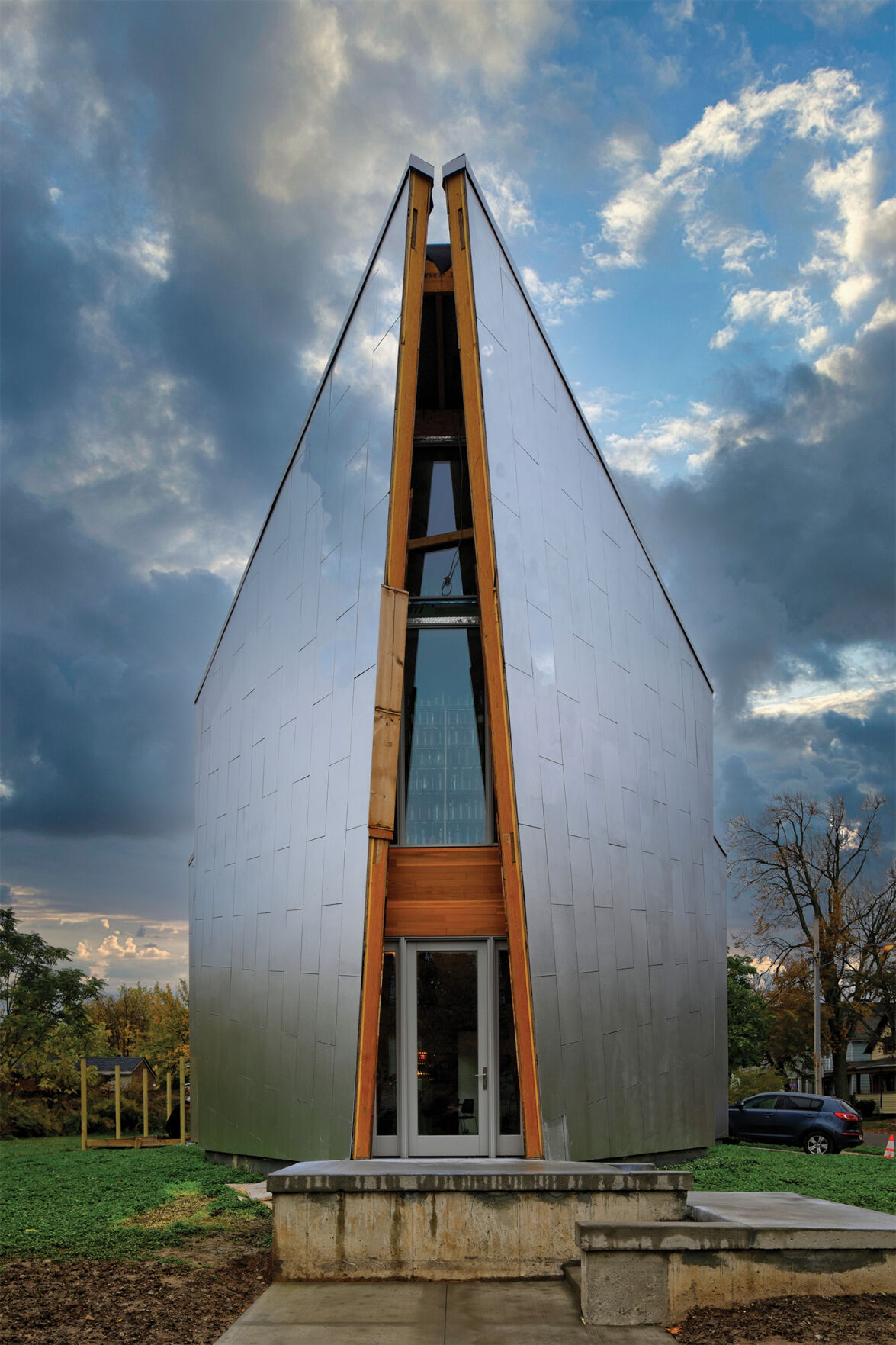 Perrone’s triangular house sits at the corner of Plymouth and School on the West Side. 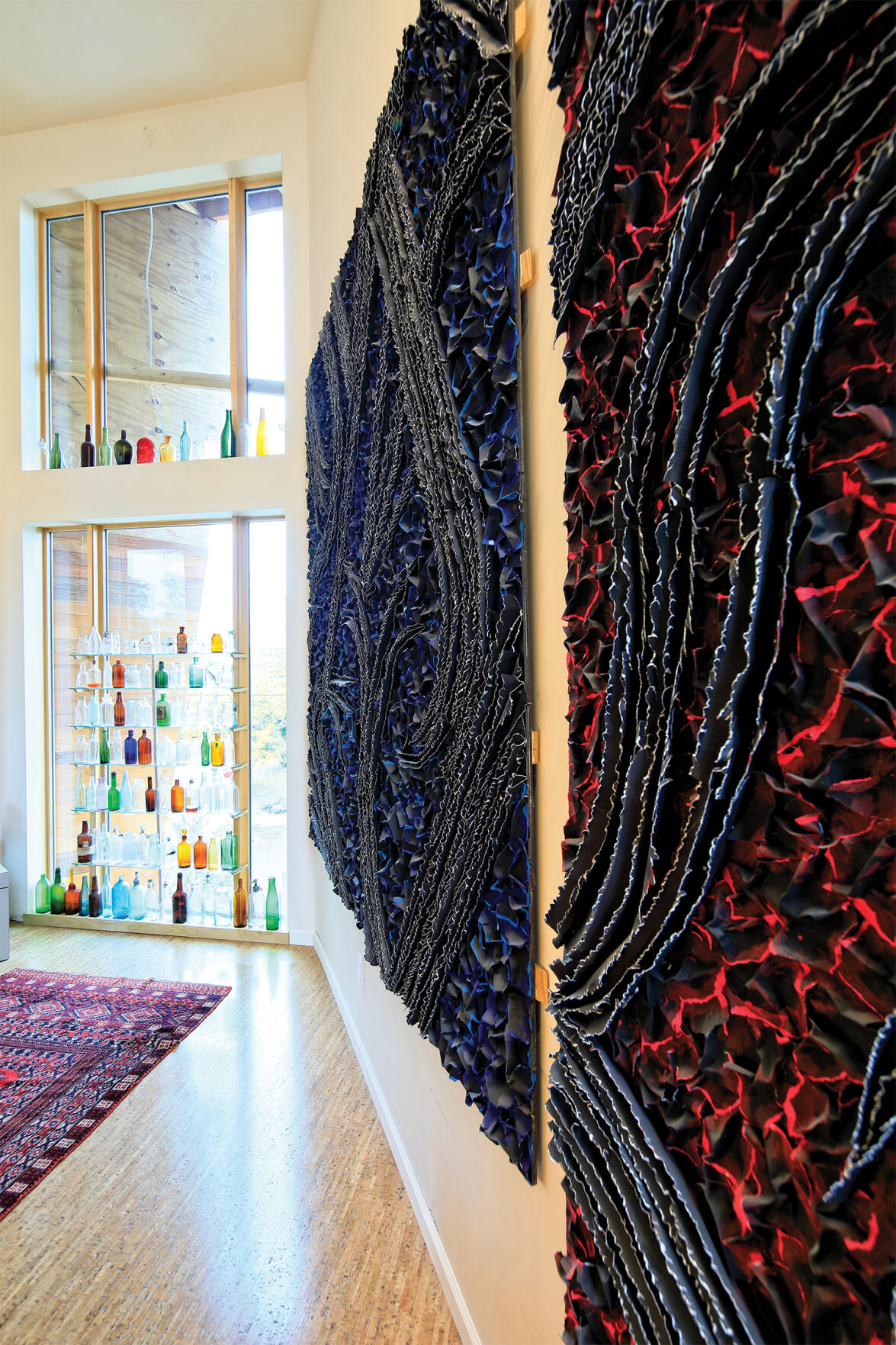 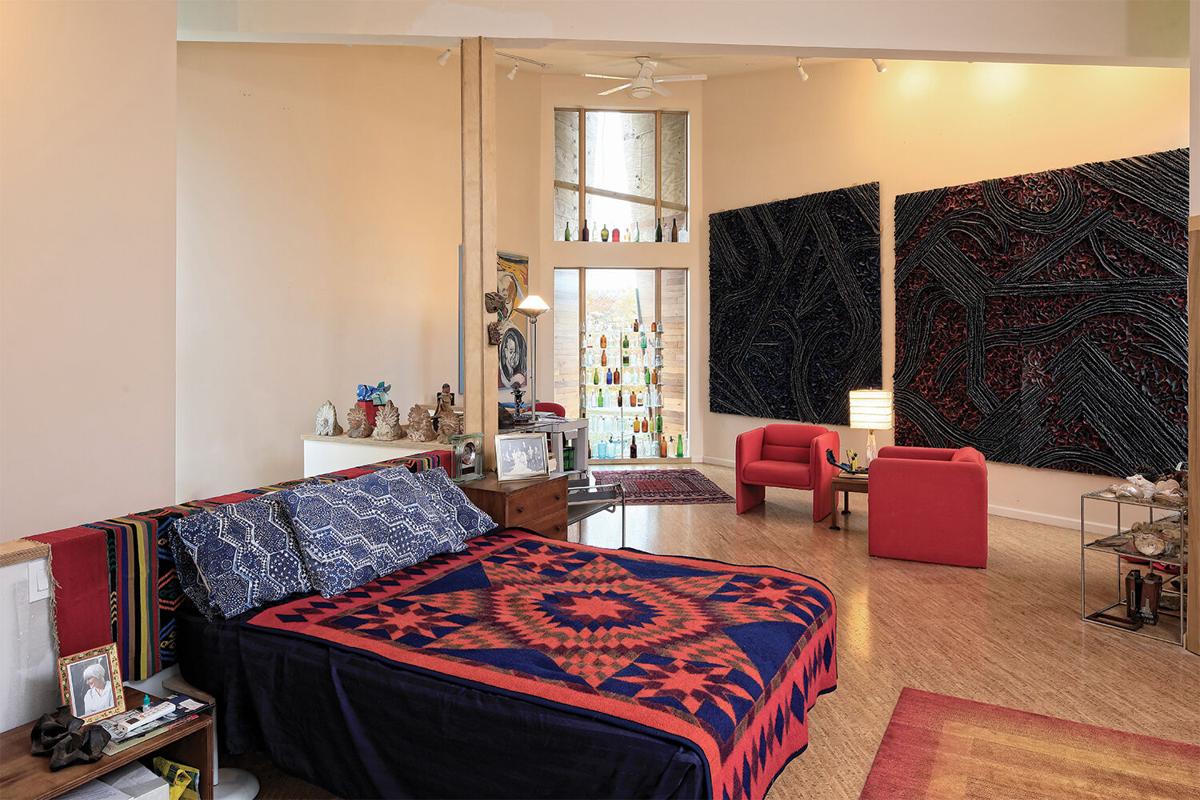 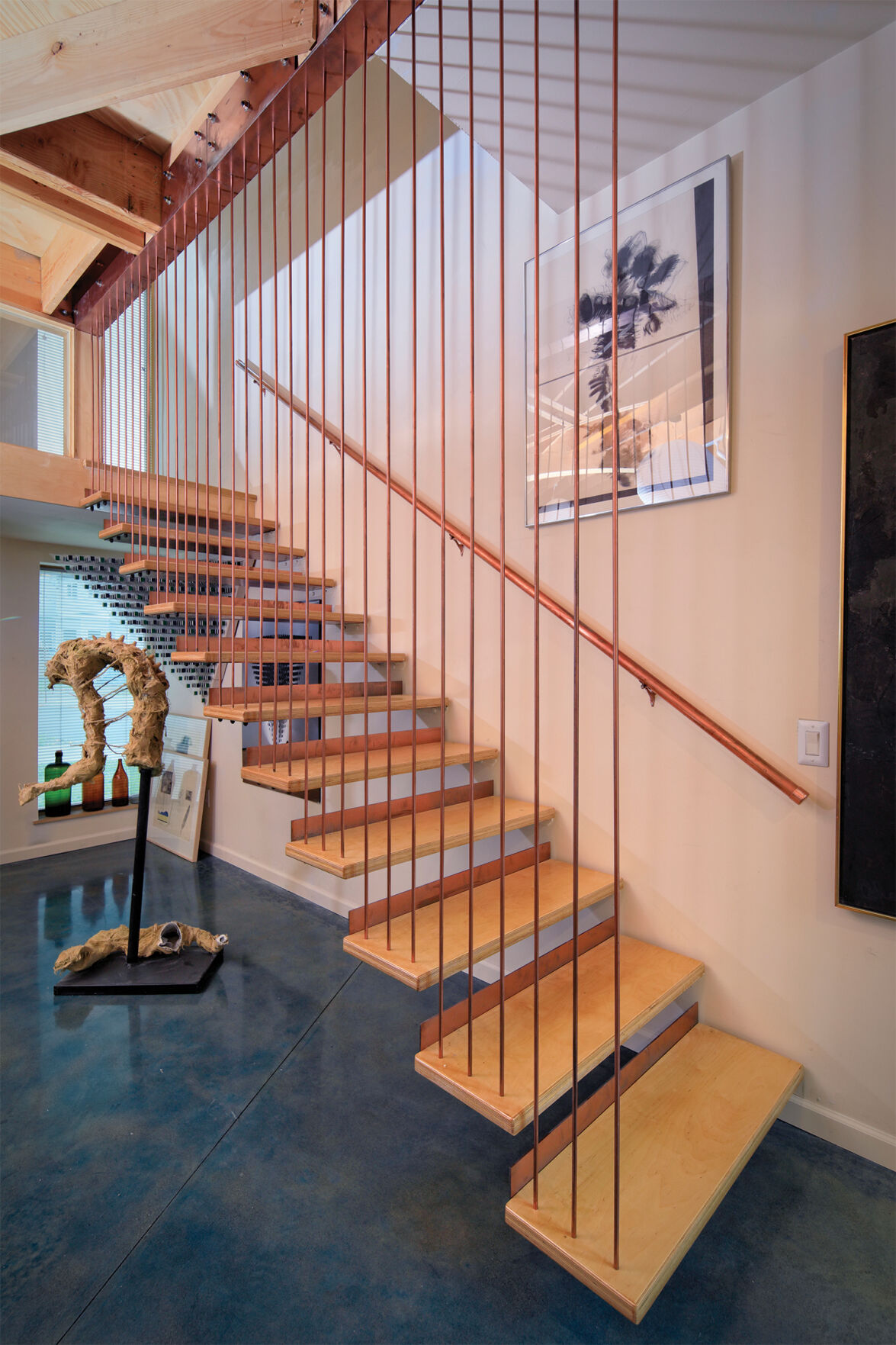 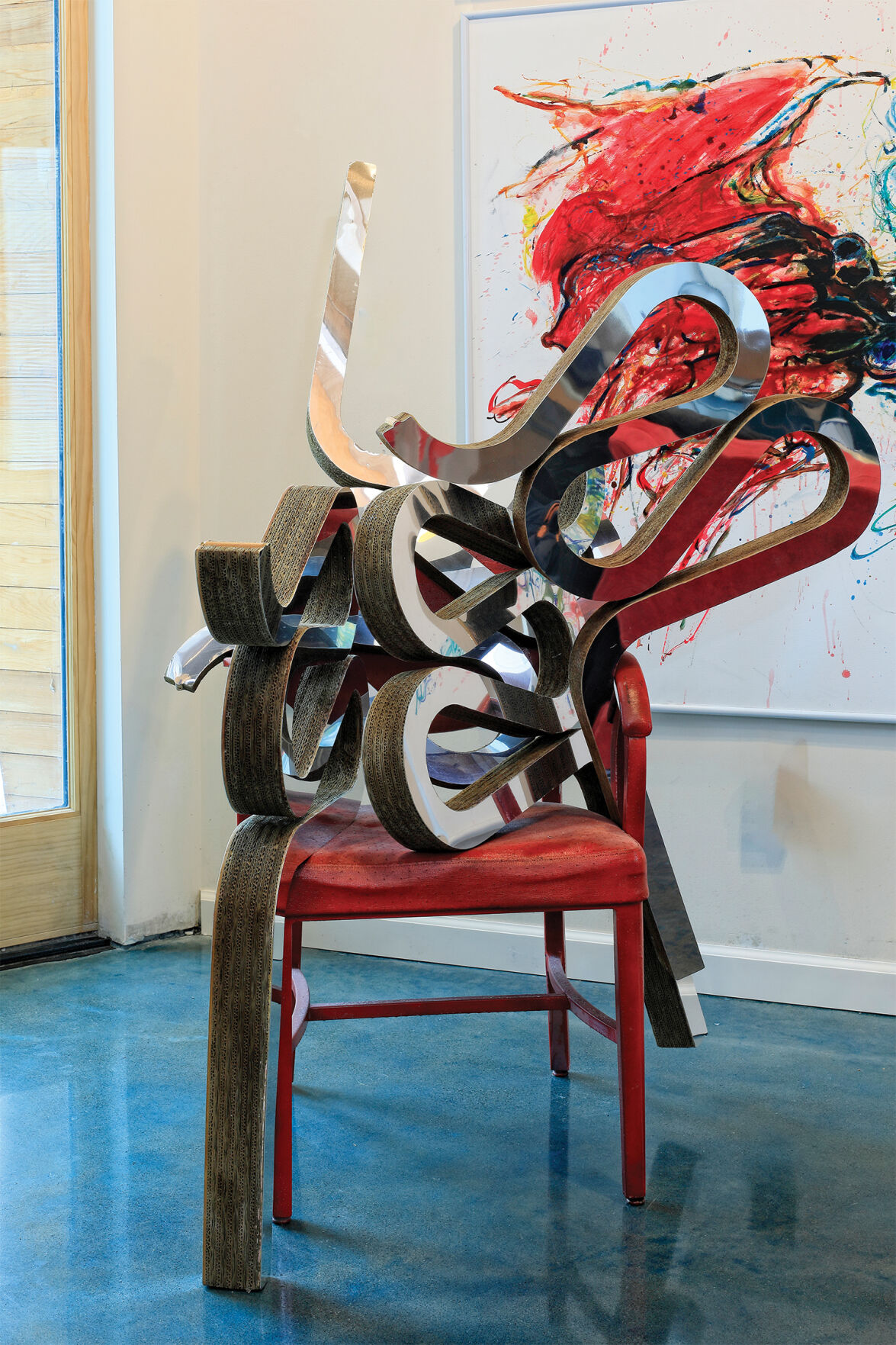 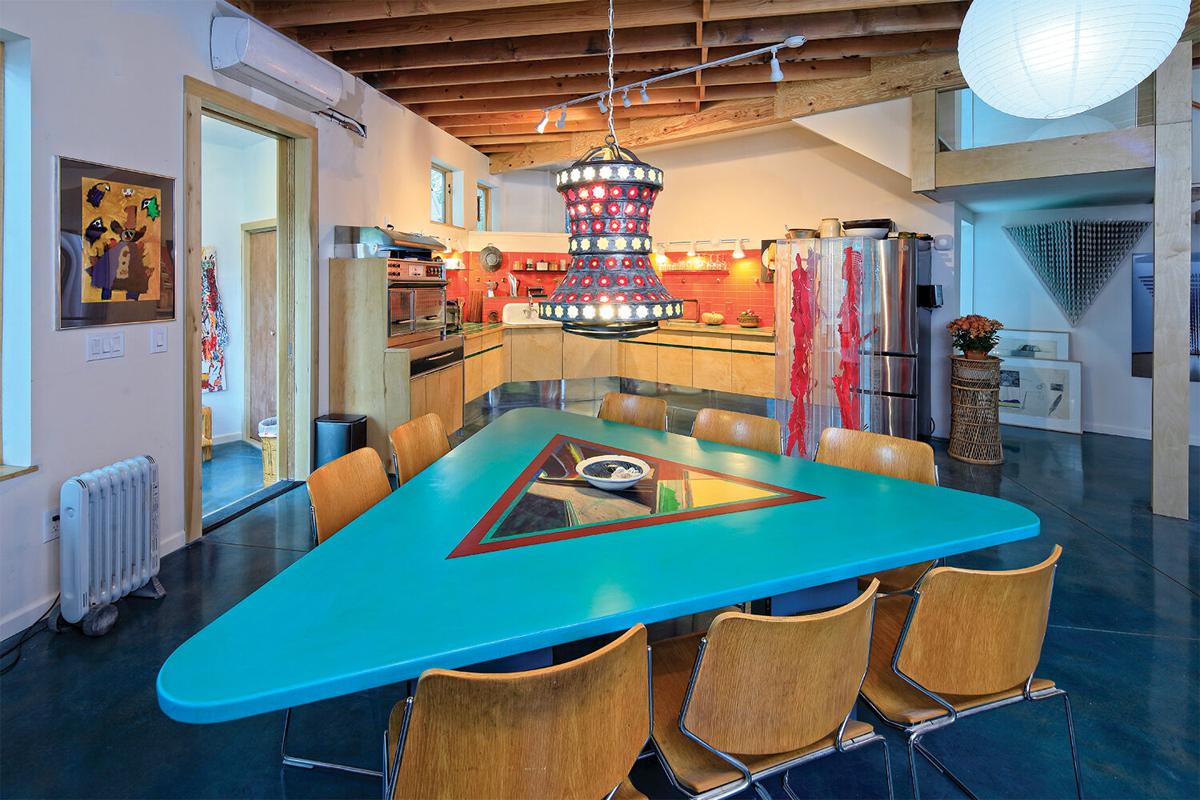 The triangle theme carries through from outside to inside. 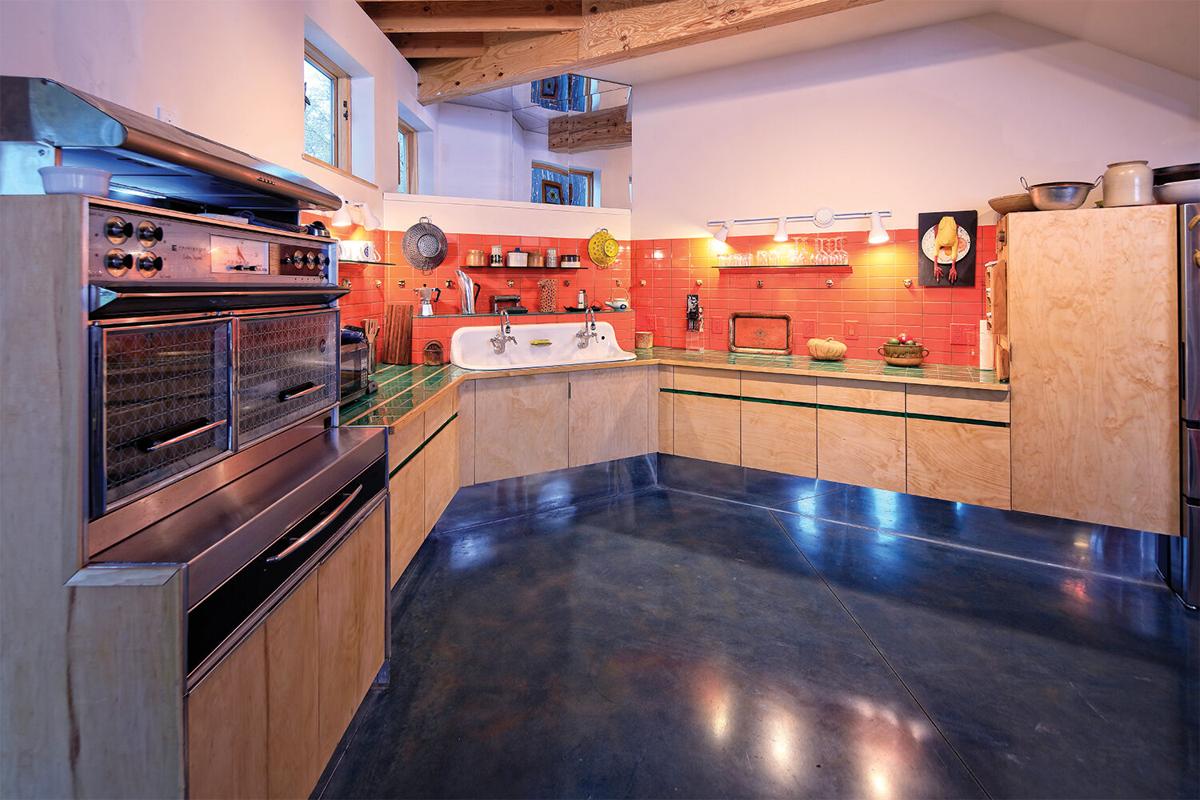 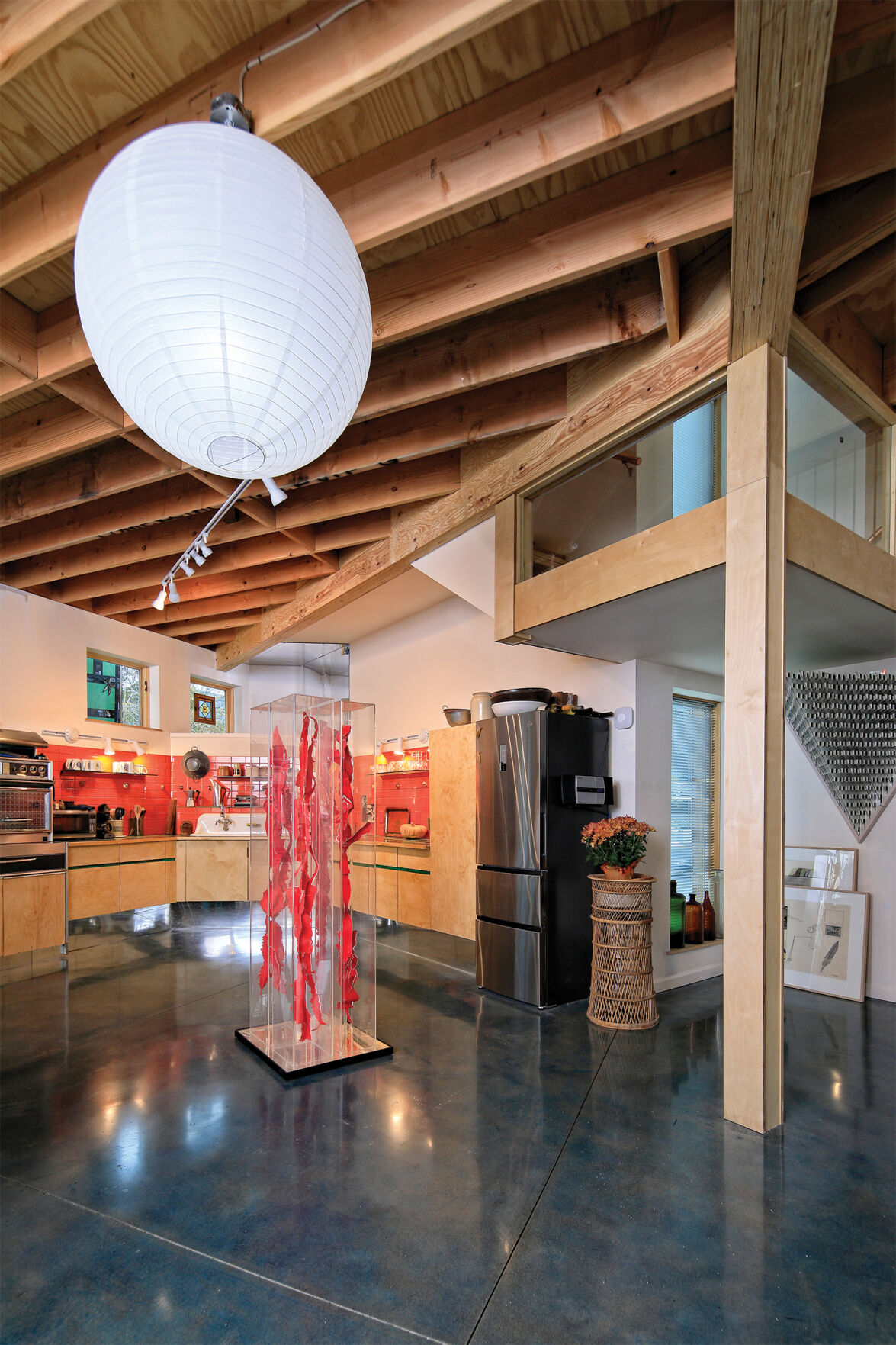 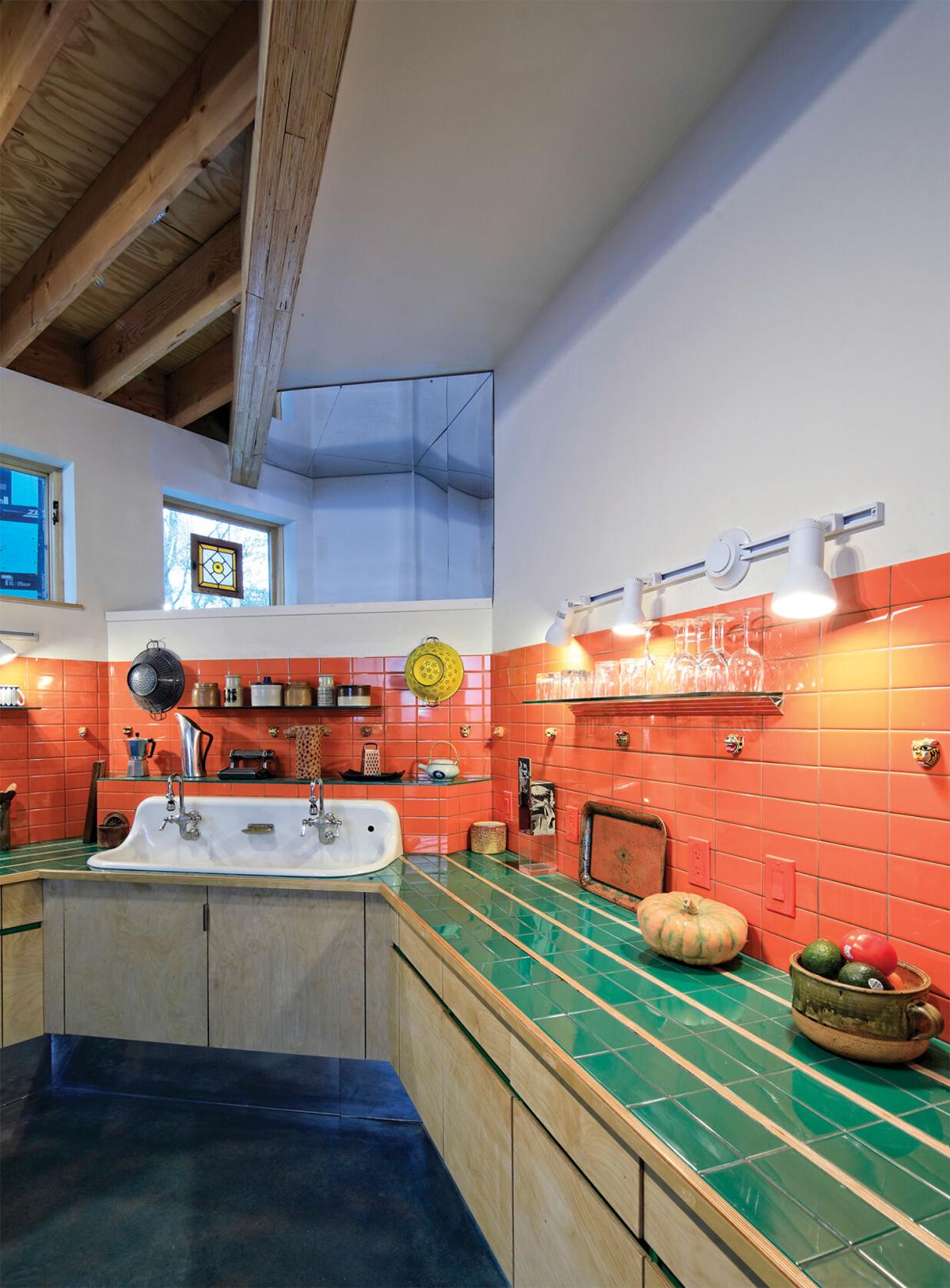 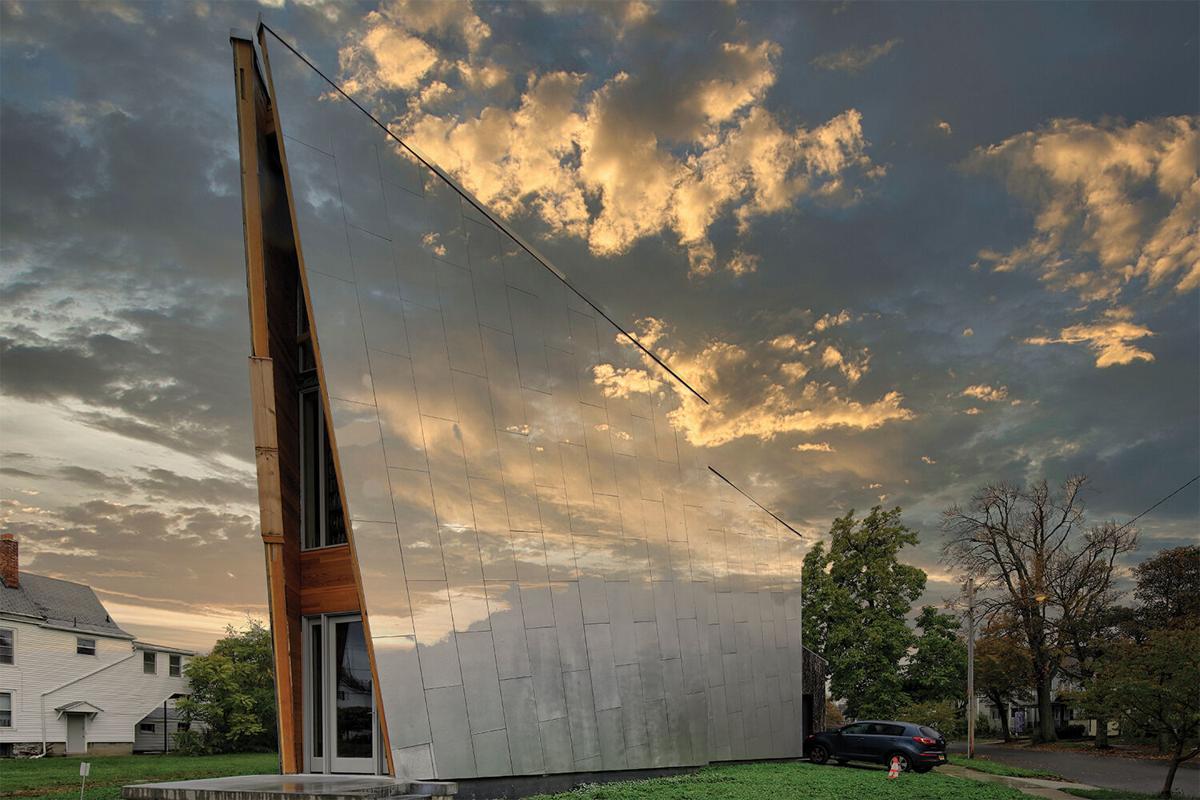 Perrone’s triangular house sits at the corner of Plymouth and School on the West Side.

The triangle theme carries through from outside to inside.

In the late 1970s, he built a solar-paneled house in the woods near Holland, New York, doing the work himself, including planing wood for the floors. “People think they own houses, but really they are just shepherds [of the structures they inhabit],” says Perrone. “I like the idea of putting something together that will last a long time.”

For the School Street project, which includes an 800-foot solar panel-roofed studio behind the two-story, two-bedroom, three-bath main house, Perrone enlisted the help of architect and engineer Kevin Connors, whose eco_logic STUDIO specializes in sustainability. “We worked together to figure out the design construction,” says Perrone. “He made everything work.”

Using a heat pump (which, in cold weather, extracts outside heat and transfers it inside and, in warm weather acts as an air conditioner by removing heat)  and all electricity—no gas at all—he adds, “we are hoping not to need anything from the grid.”

With few windows, maximum light pours in from glass walls. Chrome mini-blinds provide privacy in the bedroom. Cantilevered stairs lead upstairs, but access to the second floor will also be available from a planned plexiglass one-passenger elevator.

In a nod to natural aesthetics as well as practicality, the studio is sheathed in burnt-wood cedar, the Japanese technique of Shou Sugi Ban or Yakisugi. The treatment renders wood insect- and rot-repellent. The main house is surfaced in cement panels, painted silver to enhance light reflection.

Landscaping is minimal, no grass—just pachysandra and a rock garden. “I’m making it as maintenance-free as possible,” says Perrone, who has also left room in back for a community garden, a place where neighbors can grow and gather produce. The roof is slanted down, which diverts water to a storage tank for the garden.

The house, which Perrone believes is the “most modern house in Buffalo,” is, like many works of art, dedicated to someone. “This is in memory of my mother’s father, Benedetto Franco,” he shares. “I am his namesake; he was an immigrant from Sicily to Buffalo. He made something out of nothing.”