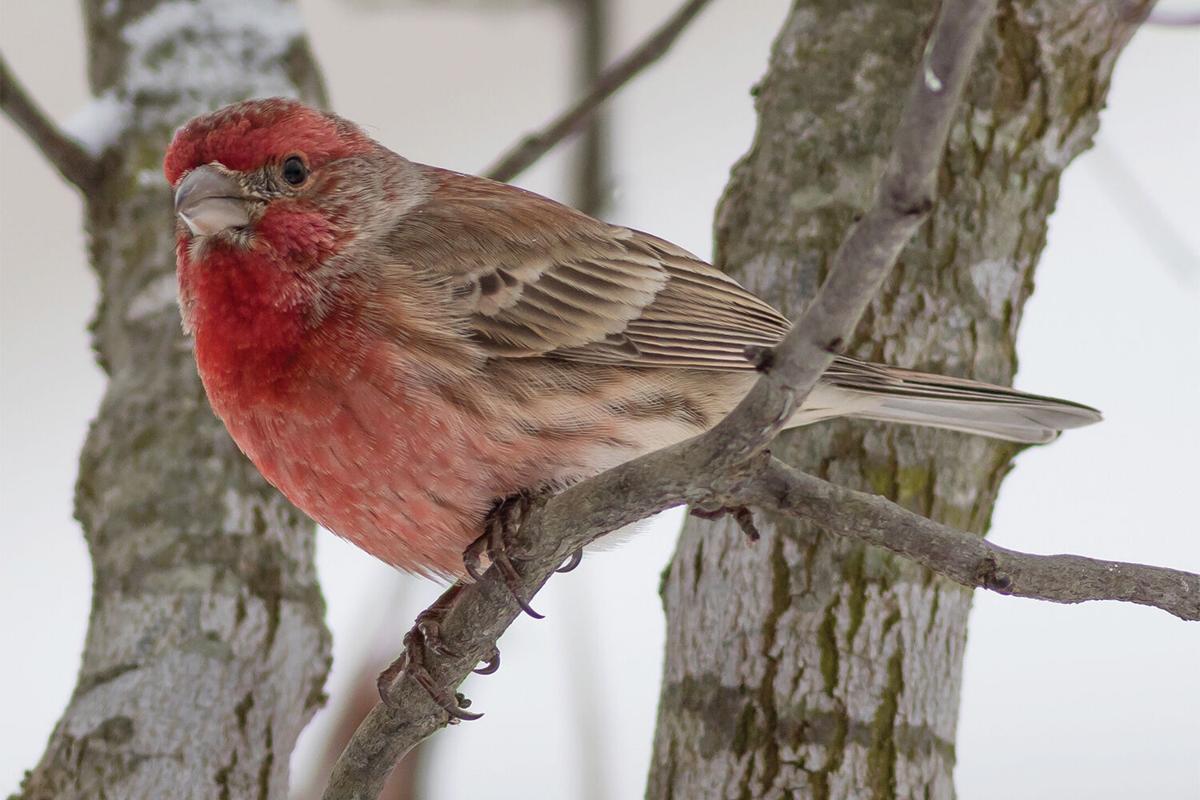 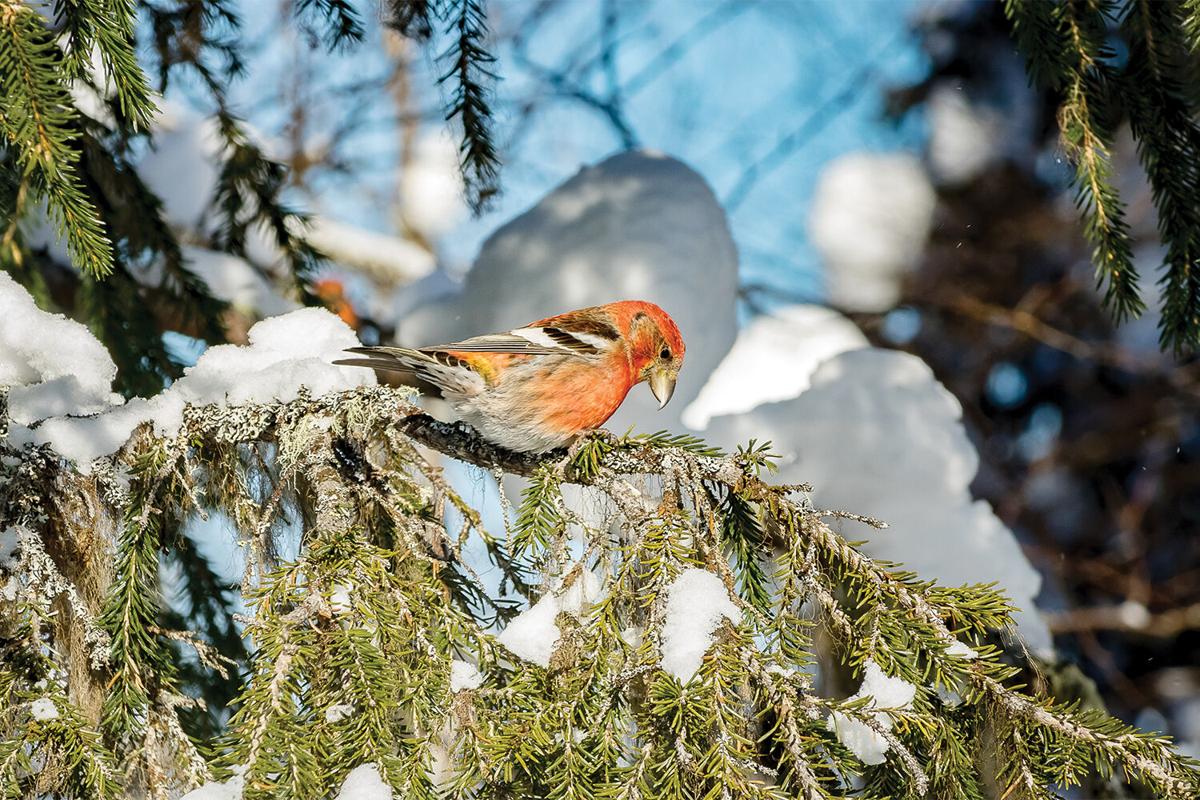 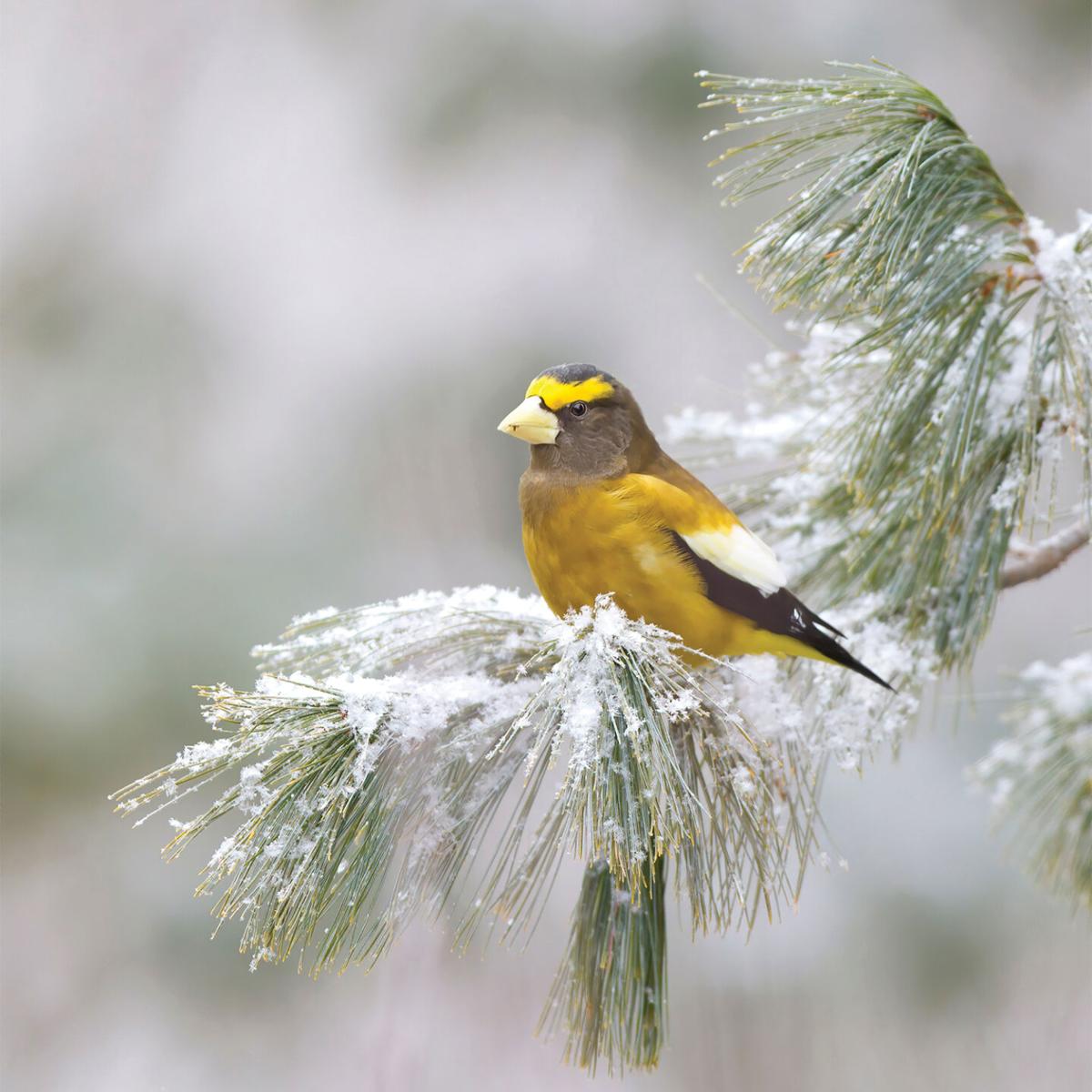 In mid-November, 2020 a group of about thirty birdwatchers gathered at Krull Park in Olcott, adjacent to Lake Ontario in northern Niagara County. They were there to be among the first to observe an ornithological event that had not occurred for sixty years. Their binoculars and cameras were focused on the tops of fifty-foot-tall pine trees, where several dozen birds rarely recorded in Western New York flew among the branches, occasionally emitting sharp high-pitched notes.

The birds were red crossbills. The “cross” in crossbill does not indicate anger; rather, it indicates that the upper and lower mandibles of these birds’ bills do indeed cross. On most species, such an abnormality would soon lead to death as they would be unable to feed. In the case of the crossbills, however, this specialization serves as a tool. With it, they pry apart pine cone scales to get at the seeds lining the bases.

But red crossbill is not the only species that appeared that November morning. Among the others seen or heard: white-winged crossbills, evening grosbeaks, redpolls, and pine siskins.

The unusual but not entirely unexpected appearance of these birds clearly identified this year as what birdwatchers call a finch incursion year. Bird species that range from uncommon to extremely rare here will pass through our region. The reason for this influx has been identified by Tyler Hoar’s Winter Finch Forecast. It is due to a severely reduced food supply in some of these species’ northeastern Canadian forests. Hoar and his colleagues have identified an unusual absence of the cones on which these birds feed. In many areas of Western New York, the situation is quite different: there are plenty of cones to attract these species, and they can often take advantage of easy meals available at the cafeterias we set out for them.

Those who feed birds during the winter months (or provide them with heated water for drinking and bathing) should be on the lookout for these rare species at their installations.

You can probably already identify the more common birds that visit. They include chickadees, nuthatches, woodpeckers, goldfinches, jays, house finches, and those less welcome house sparrows and starlings. Here’s a list of the unusual visitors to watch for in approximate order from common to rare:

This species is not easy to distinguish from our now more common resident house finches. Male purple finches show more of their raspberry coloration in their back and the brown-streaked females show a white eyebrow.

This brown-streaked sparrow-like (but smaller) bird is often found with winter goldfinches. Look for a little yellow in their wings and listen for their distinctive shreeee calls.

I think of redpolls as avian bellhops because, to me, they look like the traditional hotel servant with a forward-tilting red cap. Look for those red foreheads and topknots to identify them; other than that, they appear much like sparrows and siskins. A much whiter hoary redpoll occasionally accompanies flocks of common redpolls.

Until the mid-twentieth century, this was a common winter visitor to our region, and many of them frequented bird feeders. The males are easily identified as giant, robin-sized goldfinches, although the yellow, black, and white is distributed differently. The gray females, like the males, have large bills, as the term grosbeak designates. While this is an excellent field mark, it also represents a problem: these birds gobble down today’s expensive bird seed by the bushel. A first visitor is exciting; additional birds are less welcome. Listen for their sweet, piercing calls and burry chirps.

The crossed bills do not serve as a useful field mark until you’re within a few feet. The male is an all dark-red bird with a large bill; the female is dark yellow. This is a case when the absence of additional field marks—no striping, no eyelines, no wing bars—is a helpful feature.

In normal winters, this species would be more common than its red cousin, but early records this year suggest the opposite. Add striking white wing bars to the red crossbill and you have this species.

Two other species that occasionally appear here in winter are not expected this year. They are pine grosbeaks and Bohemian waxwings. But predictions often fail so they, too, are possibilities. One year, when I was a less experienced birder, a dozen pine grosbeaks spent the winter in a rural sumac grove near my Johnson City home. They were quite tame and easy to observe. That led me to expect these birds to return, but in the half century since, I have not seen another in New York State. Pine grosbeaks are robin-sized pink and gray birds with white wing-bars. Bohemian waxwings are like bigger cedar waxwings with purple under-tail coverts.