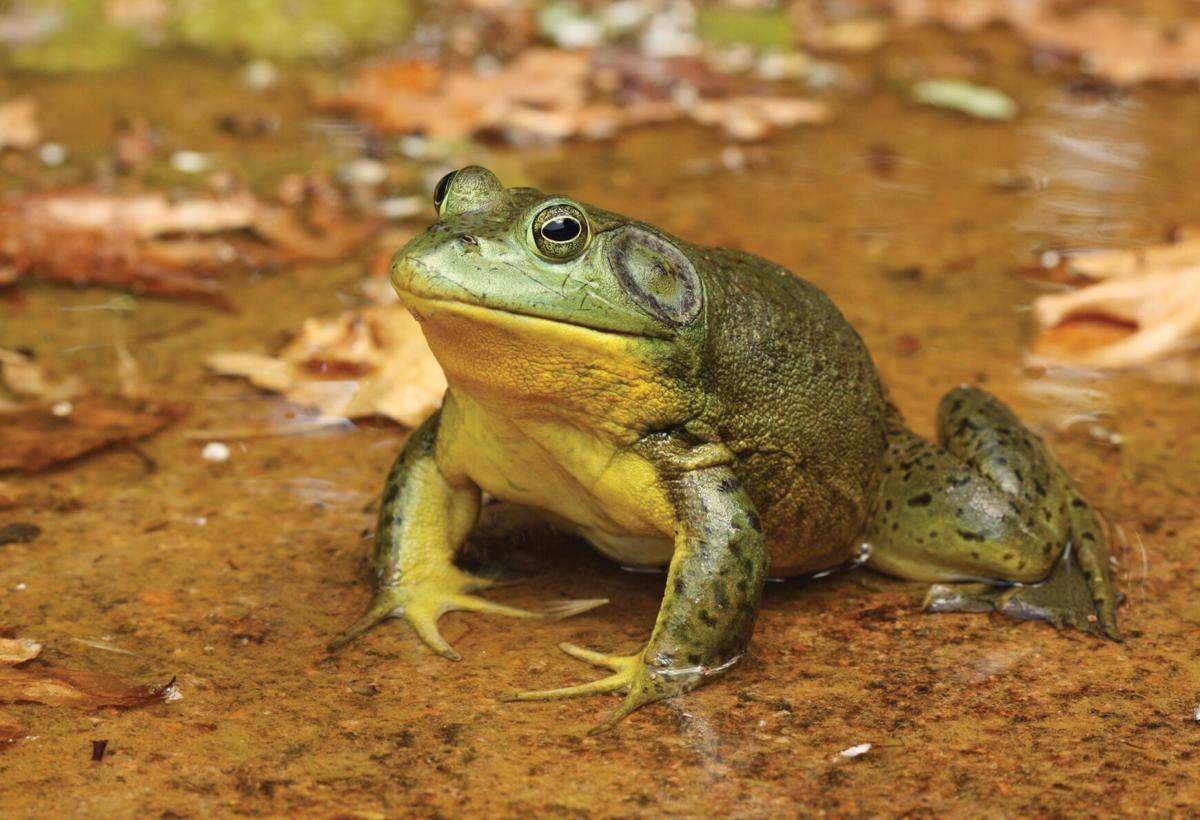 The American bullfrog is the largest in North America. 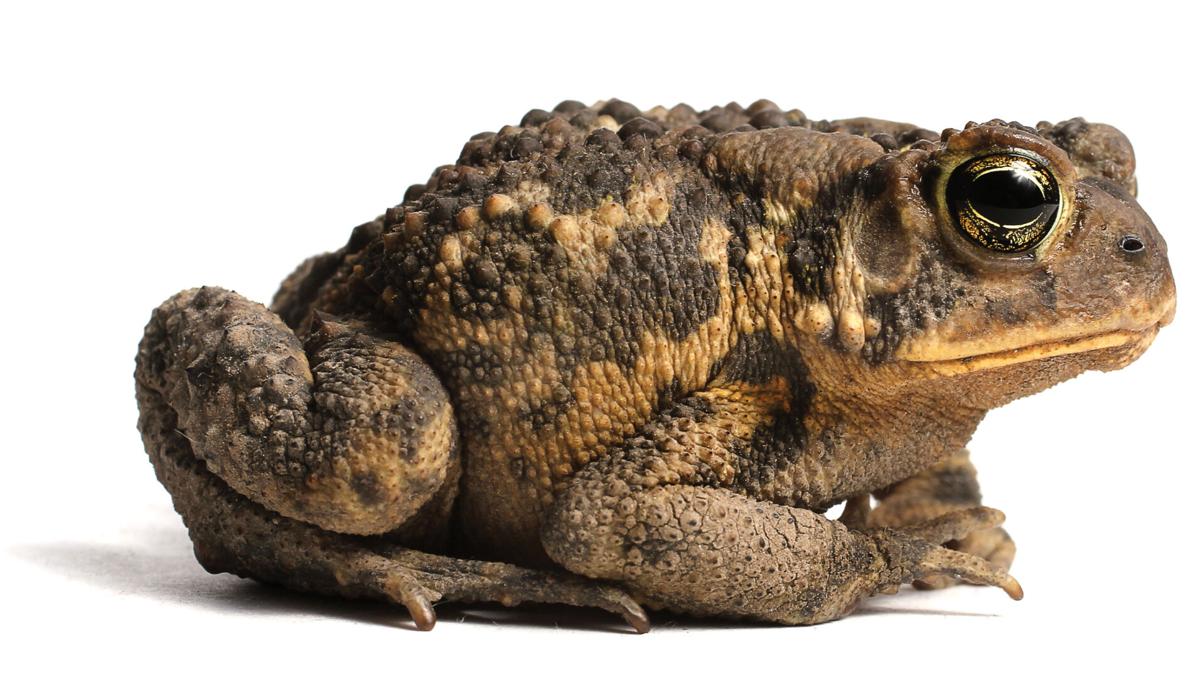 Each year in April and May, our swamps resound with the calls of tiny frogs, amphibians so small that they could sit comfortably on a quarter coin. Among those voices, the loudest and most insistent come from chorus frogs. Their creaky calls sound much like a fingernail running rapidly down the teeth of a comb. That more musical sound in the background is the simple peeping of the well-named spring peeper. At dawn or sunset in some local marshes, those two frogs combine to produce noise so loud that it overwhelms all other sound.

Anura is the order that includes all frogs and toads; two Anurans share the name American—American bullfrog and American toad. As it happens, those two Anurans are also, respectively, my least favorite and favorite amphibian species.

Most of us know the American bullfrog from its loud and distinctive song that emanates from marsh or creekside. Although the word “rum” best describes its note, it is the banjo-like quality of the note the gives it character. Many refer to the song as “jug o’ rum,” perhaps to assign the toad a mythical pirate quality.

The American bullfrog is the largest frog in North America; that size not only adds volume to its song, but also contributes to its role as a kind of marshland terrorist. While its call may attract a mate, it also serves as a warning to other swamp-dwellers to stay clear. According to Wikipedia, “they prey on any small animal they can overpower and stuff down their throats. Bullfrog stomachs have been found to contain rodents, small lizards, small snakes, other frogs and toads, amphibians, crayfish, small birds, scorpions, tarantulas, and bats, as well as many types of insects and worms.”

Clearly, noisy little chorus frogs and spring peepers would serve only as appetizers for this glutton. The bullfrog stalks larger prey, then suddenly lunges forward, opens its cavernous mouth, and extends its large slimy tongue. This engulfs the target species and strong jaws close as the tongue is retracted. If any part of the prey protrudes, the frog uses its hands to stuff it in. And if the captive is a mammal, the frog often submerges to add asphyxiation to its prey’s torture.

Speed is important in these attacks and the bullfrog’s tongue and leaping muscles tense and then spring like slingshots to accomplish them. Prey animals have less than a tenth of a second to dodge. Remarkably, those leaps can extend to ten times the bullfrog’s own length.

Thus, I consider the bullfrog a full member of the snapping turtle, great horned owl, and feral house cat gang of woodland warriors.

Like the bad boy of this pair, the American toad is also ugly, but its ugliness is only in its appearance and it’s my favorite among the entire Anuran clan. This little “hoptoad” is indeed covered with warts, but it makes up for that with its tolerance toward humans and its simple but lovely singing.

The American toad is only a quarter the size of the American bullfrog when it reaches maturity, and it grows to that size over its first summer. I often see youngsters in spring just after their tadpole stage; they are the same size as peepers and chorus frogs.

Pick one up and it will usually sit docile in your hand until you return it to the ground. In fact, females adapt well to terraria and, if your yard has a water source and a cool area like a window-well, you can adopt one and find it increasingly tame. The species’ “hiding spot fidelity” soon helps it adapt to your yard.

To me, the best aspect of the American toad is its soft, long-lasting musical trill, all on one note. Just as, after almost a half-minute, one toad song finishes, another takes it up, but on a different note. Field guide author Roger Conant describes this as “one of the most pleasant sounds of early spring,” and I could not agree more.

If you hear a frog or toad song that you cannot identify, there are several web sources that play calls for comparison. The best is the Patuxent Wildlife Research Center, which you can access at: pwrc.usgs.gov/frogquiz/index.cfm?fuseaction=main.lookup.