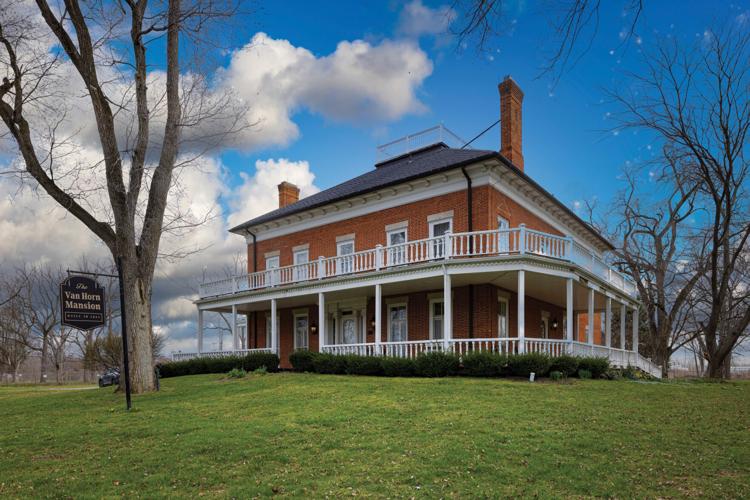 The original portion of the home, as built by Van Horn, reflects Georgian style, especially in the symmetrical massing and Flemish bond of the five bays on the front western facade. 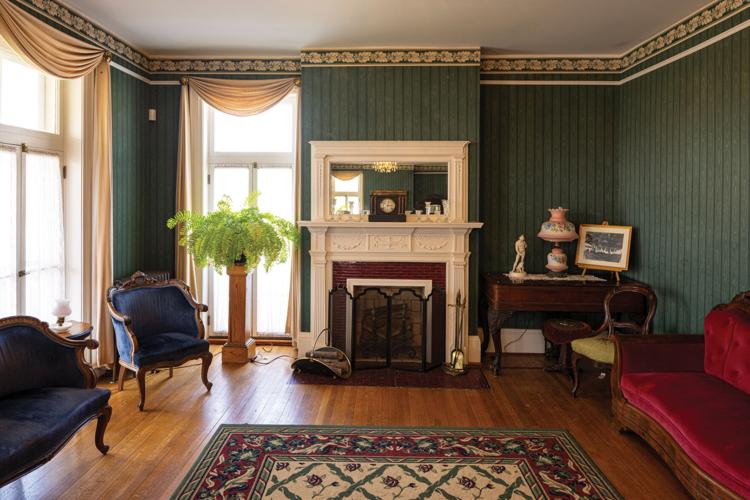 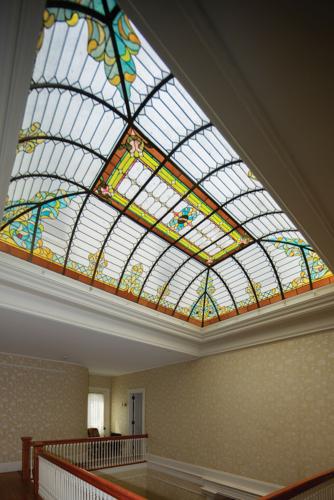 The beautiful Parisian central skylight was added in 1900. 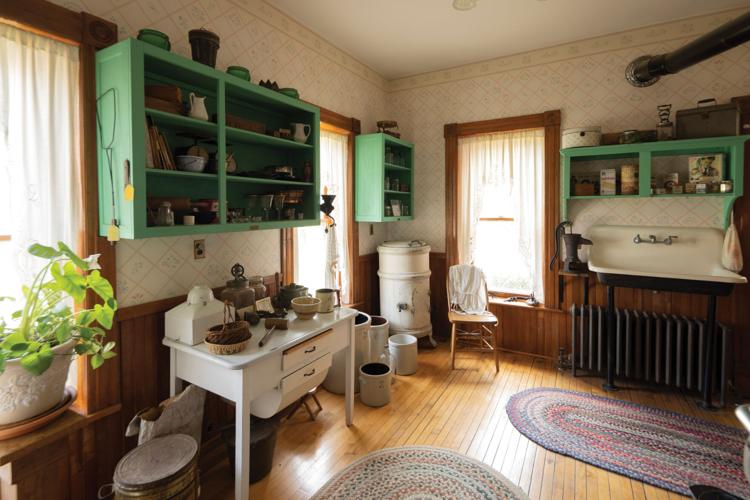 Route 78 is not very picturesque as Erie County’s Transit Road, but its two-lane Niagara County section—where it becomes Lockport-Olcott Road—winds along scenic Eighteen Mile Creek. Just north of the hamlet of Newfane, on a slight knoll overlooking that creek, is the two-story brick Van Horn Mansion, built in 1823 and one of the oldest buildings in the area. This hipped-roofed, forty-six-by-fifty-foot building, with its sweeping two-story veranda, was once one of the largest homes in the county.

Newfane is one of several hamlets along Route 78 along with Burt and Olcott. It was created in 1824 from parts of several surrounding towns, but was settled more than a decade earlier by the mansion’s original owner, James Van Horn. After purchasing about 600 acres in Western New York in 1801, Van Horn moved from New Jersey to Seneca County and then to the Newfane area in 1811 when he was forty-one. He was a founding member of the town of Newfane and also built and operated a grist mill, saw mill, and distillery near the mansion. In addition to being a successful businessman, he was active in the Baptist church and in politics, serving as both judge and town supervisor.

Typical of many family homes, the Van Horn Mansion displays how architectural styles and residential needs evolved over generations. The original portion of the home, as built by Van Horn, reflects Georgian style, especially in the symmetrical massing and Flemish bond of the five bays on the front western facade. To create this type of (relatively) rare brick wall, the short ends, called headers, are alternated with the long sides, called stretchers. This provides a stable structure and decorative appearance. The original front and some side windows are still topped with stone lentils.

James Van Horn died in 1856, and the building passed to his youngest son, Burt, who had been born in the mansion. Burt, influential in his own right, was elected to the New York State assembly and later to two terms in Congress during the Civil War. In fact, the hamlet of Burt was named for him. Circa 1860, Burt Van Horn expanded the building with a large two-story addition on the east and “modernized” it by increasing the height on the windows. The addition is clearly visible in the different brick on the north and south facades. He also added the high hipped roof, replacing what had likely been a gabled one.

Burt’s son, Burt Junior, was perhaps the wealthiest owner of the mansion and did the last extensive changes to the home, around 1900. At that time, he lived in Buffalo but, because he was actively involved in the Pan American Exposition, he desired a country show home. It appears that most of his changes were to the interior spaces, where rooms were enlarged and lightened. The beautiful Parisian central skylight and third-floor attic rooms were presumably added then, along with the existing front entrance. He also installed new hardwood flooring and purportedly had the first home with electricity in Newfane. Although it is possible that the windows were not changed until this circa 1900 remodel, their proportions are more in line with the Italianate style popular in the 1860s, as are the deep roof cornice and brackets.

The main entrance to the building is through the paneled central front door—likely also dating to the 1900 remodel—which is flanked by sidelights and topped by a transom. In its original incarnation, the door likely opened into a central hall and stairs with two rooms on each side. At some point, the stairs were moved back and, together with the 1900 second floor balcony, help accentuate the central skylight.

Listed in the National Register in 1991, the Van Horn Mansion is owned by the Newfane Historical Society, which has restored it and makes it available to the public for events. Its evolution is a classic example of how buildings can be updated as needed by families, but still preserve important defining features that allow us to enjoy what each period had to offer.