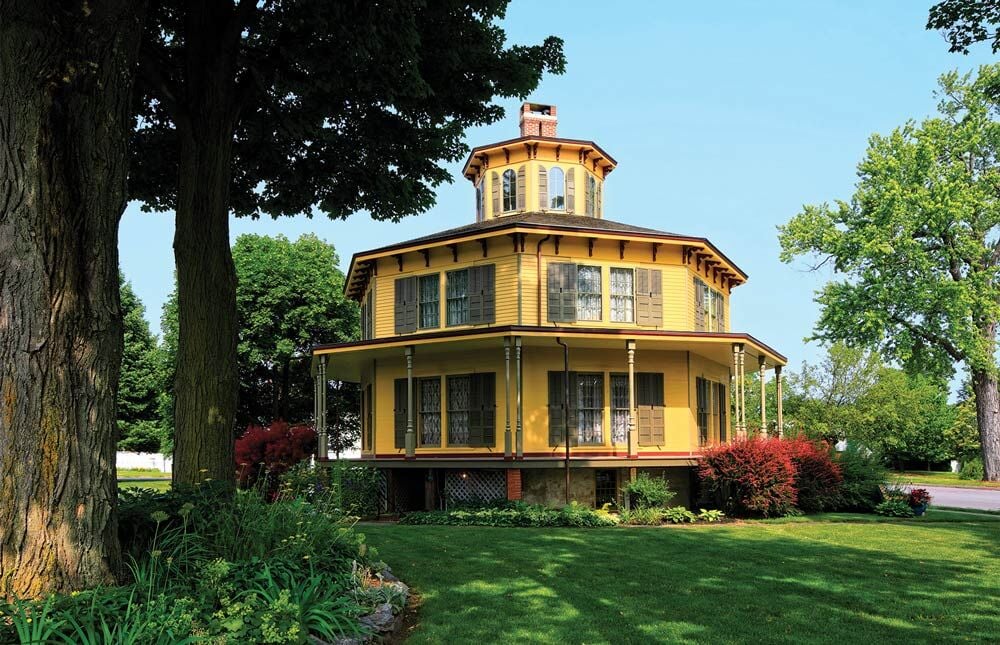 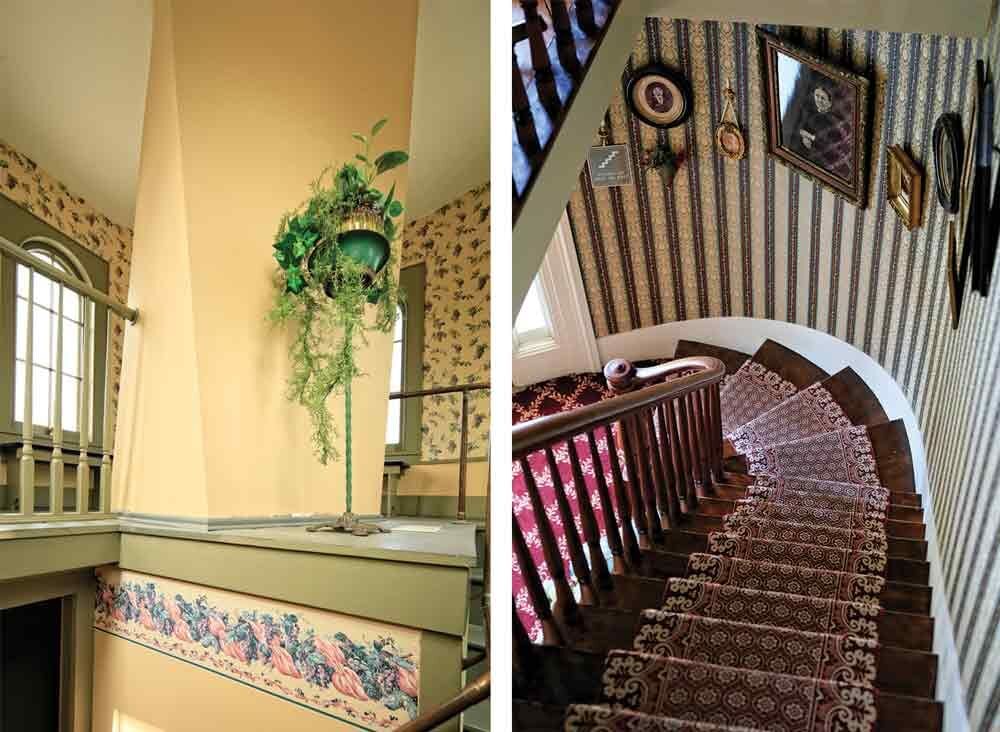 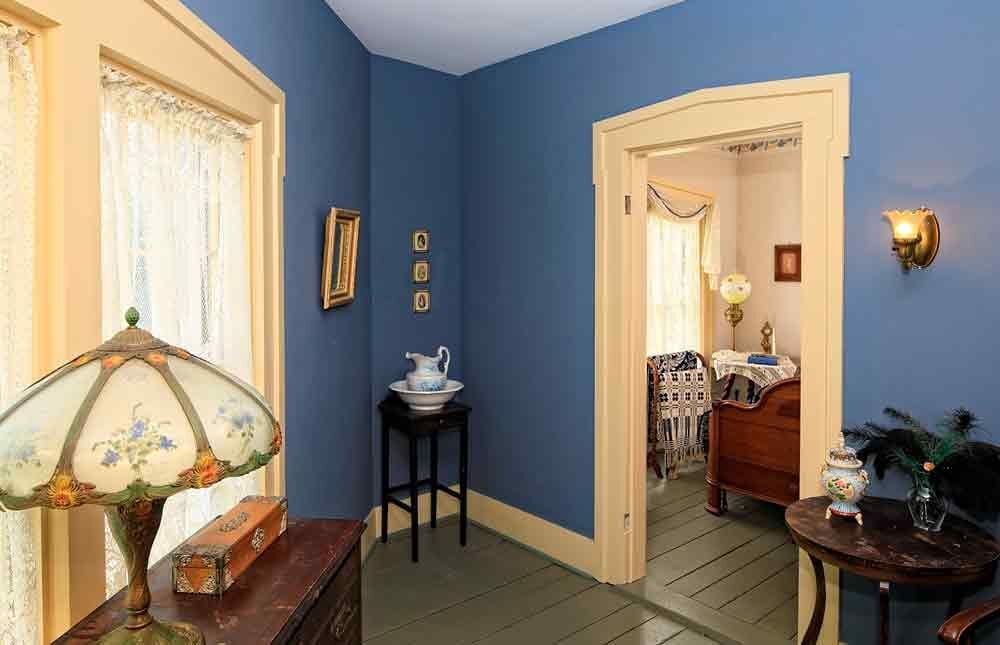 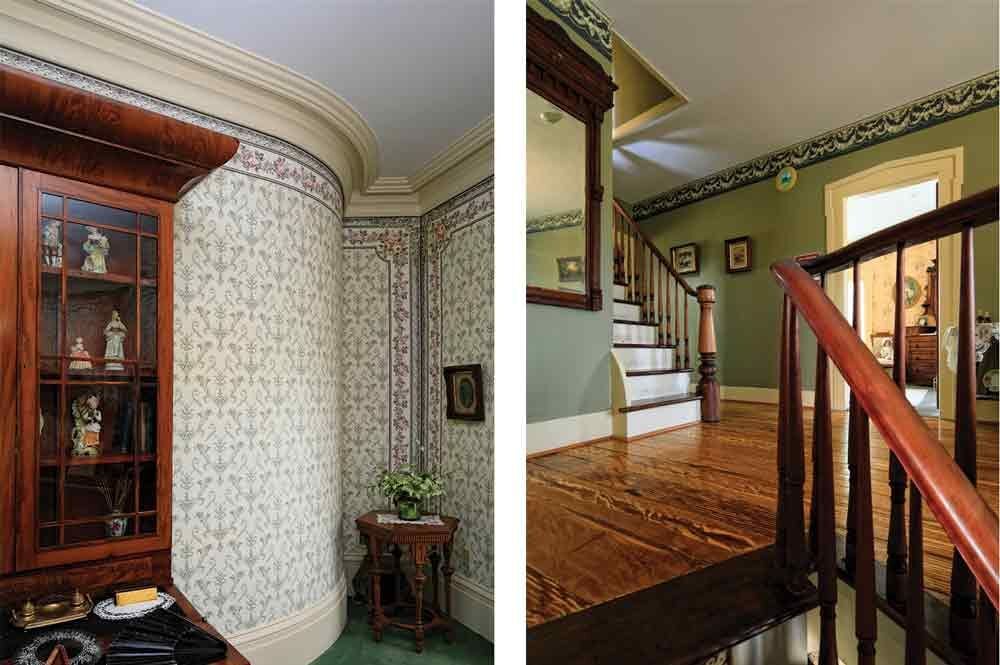 Nestled among more conventional residences, the Rich-Twinn Octagon House at 145 Main Street in Akron is an architectural oddity. The only period octagon house in Erie County, this geometric wonder was constructed circa 1850 on what was then the outskirts of town, by Charles Rich, a multifaceted local businessman.

Akron was settled originally by the Seneca people, and then in the early 1800s by Archibald Clarke, Lawrence McMullen, and others. It is located in the Town of Newstead, which was carved out of the Town of Clarence in 1823. The village was incorporated in 1849 and is the easternmost incorporated village in Erie County. By the late 1850s, Akron grew to be a valuable gypsum and limestone cement source for the rest of the area.

Octagon houses were a phenomenon from the 1850s to the 1870s, especially in the northeast. They were constructed from all of the major building materials, including cobblestone and concrete, but most of them were wooden. Only an estimated few thousand were ever built, with approximately 120 of them in New York State. Although octagonal buildings have been around since the fourth or fifth centuries, they were popularized as houses in 1848, when Orson Fowler self-published his first version of a pattern book promoting the benefits of living in an octagon-shaped house, stating (among many other things) it was a more efficient use of space, energy, and cost than the conventional square. Fowler titled the book A Home for All, because he believed every societal level could, and should, live in one. Unfortunately, Fowler lost his fortune in the Panic of 1857, along with his own Fishkill, NY, octagon house.

Because of the era in which they were built, octagon houses tended to be either Greek Revival or Italianate in style, but some were Gothic Revival or Moorish as well. They ranged from one to four stories, but the majority were two stories. Many of them sported octagonal cupolas. The most famous, or infamous, octagon house in the United States is the two-and-a-half-story brick mansion called Longwood in Natchez, Mississippi, which is topped by an incongruous Moorish onion-domed sixteen-sided cupola. Built by plantation owner Haller Nutt, work began on this National Historic Landmark in 1859, but was abruptly halted in 1861 when the Civil War began. Only the approximately 6,000 square-foot basement was completed, leaving the other areas as shells. Purportedly, the use of "nuts" as a synonym to "crazy" stems from Nutts’ home.

The Rich-Twinn house contains features of both the Greek Revival and Italianate styles. Greek Revival was the first truly American style to evolve in the United States. It was so popular from 1825 to 1850 that it is often referred to as the "National Style." Greek Revival buildings included porches with Doric, Ionic, and Corinthian columns or pilasters, often referred to as Greek "orders." They also used shallow-sloped front or side-facing gables, pilasters, or quoins on all four corners, and squat windows in the frieze band, especially on homes.

Several other "revival" styles followed the Greek Revival, and one of the most common in Western New York is the Italian Revival, generally referred to simply as Italianate. It reigned from 1835 to 1885, and is a much more romantic, decorative style than is Greek Revival. Italianate is the earliest of styles typically referred to as Victorian.

The main elevations of the Rich-Twinn house are generally considered Greek Revival, with an eight-sided one-story porch, central entrance door with sidelights, and pilasters on all eight corners. The second-floor hipped roof, however, with its decorative cornice brackets, and the cupola, with its rounded windows and ornate decorative trim, are Italianate, giving the entire building a more Italianate than Greek Revival appearance.

One of the more interesting aspects of the Rich-Twinn House is that the primary working entrance leads into the basement, where the receiving area and kitchen are located. The more ornate exterior entrance brings visitors to the first-floor hall, through which they access the dining room and drawing room. On the second floor are the bedrooms, and a curved staircase to the cupola. As with most octagon houses, the forty-five-degree angles produce rooms that are not rectangular.

The building passed through a series of owners after it was sold by the Rich family, and, over the decades, the deteriorating process of time was not kind to the house. The Newstead Historical Society has been its custodian since 1981, and, over the following two decades, restored the structure as close as possible to its original grandeur. It was listed in the National Register of Historic Places in 1995 and is currently operated as a house museum.

Although the founding Akron industries closed long ago, Rich-Twinn remains. It is an important reminder of the eclectic architecture of the mid-nineteenth century, as well as the Western New York pioneers.

Downtown steps back in time

This summer, walkers downtown may have felt like they’d time travel…