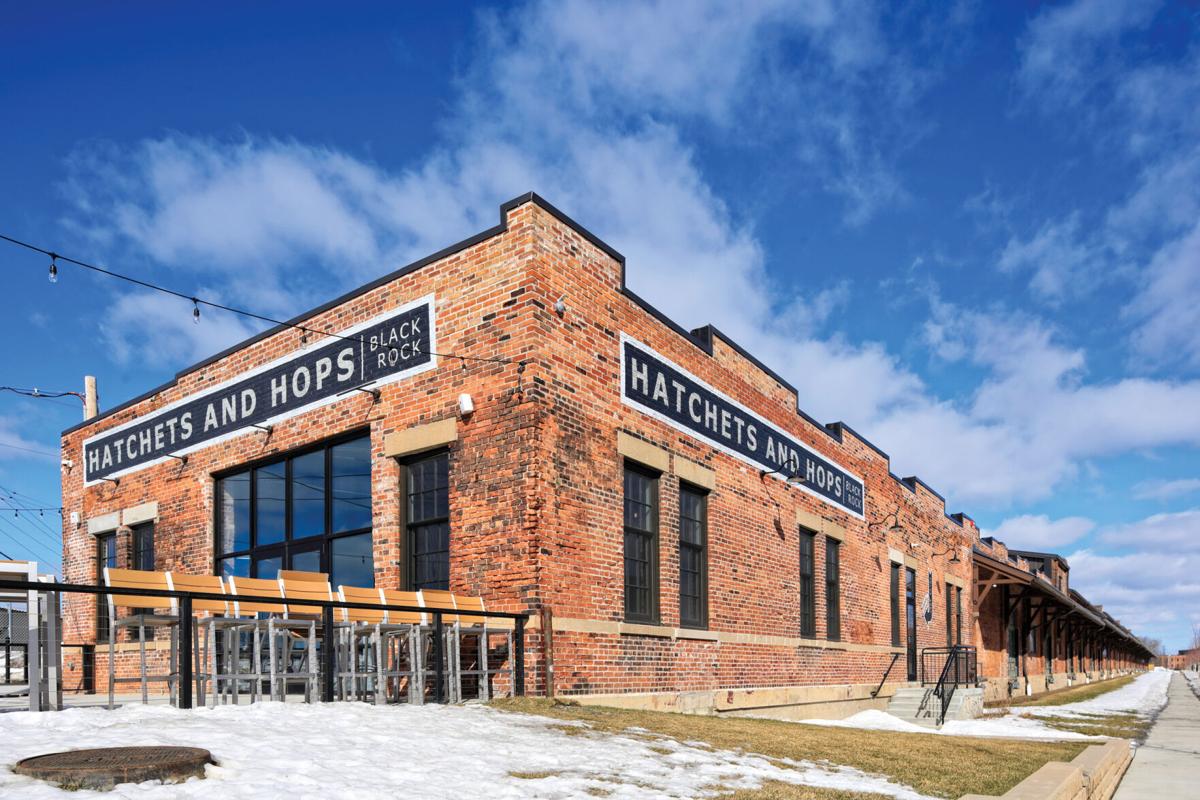 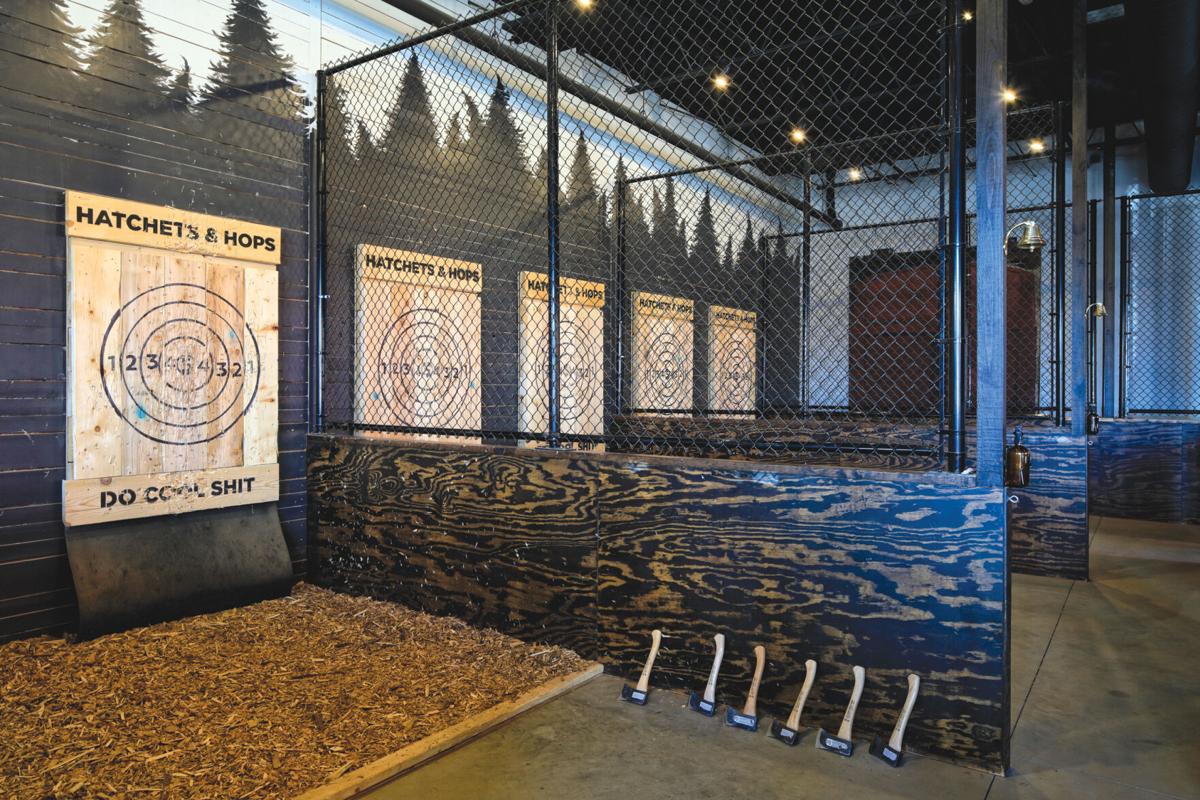 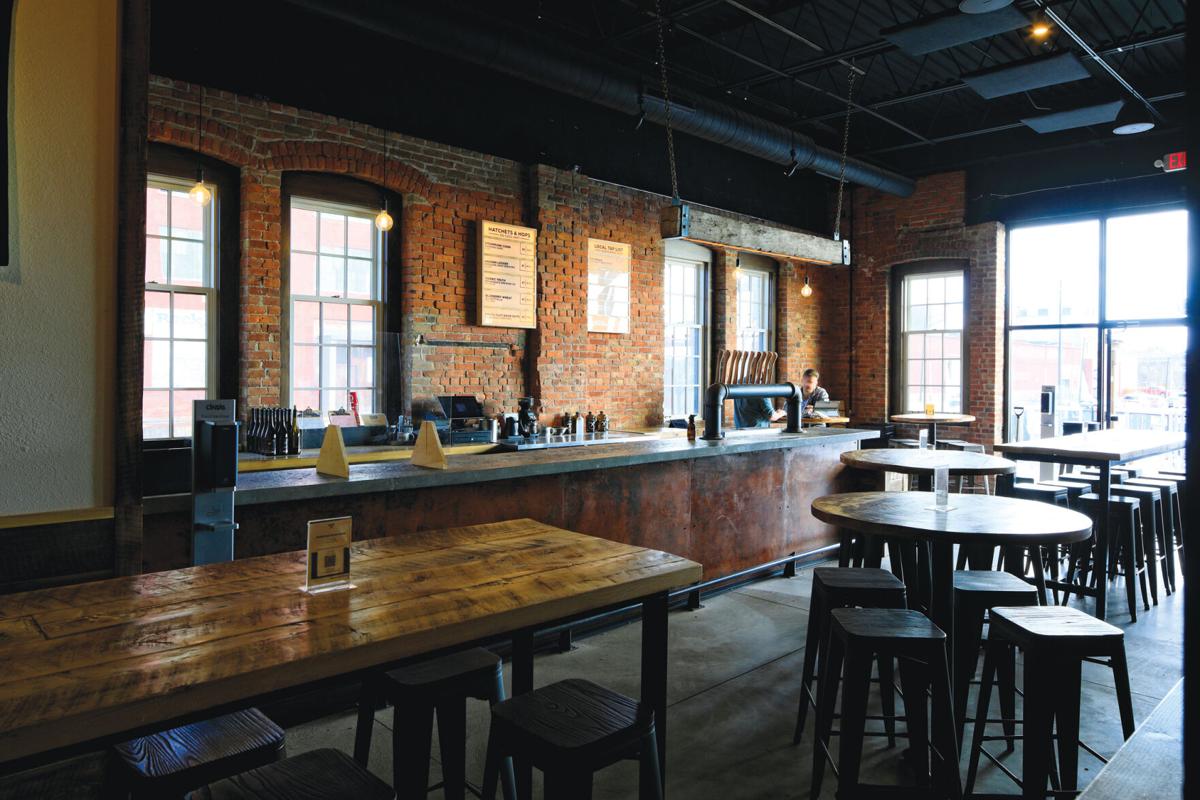 The narrow, sprawling 750-foot-long 1906 brick building at 68 Tonawanda Street in Black Rock may not be a typical looking historic landmark. It is neither an example of high style, nor designed by an architect with a household name. Still, listed in the National Register in 2018, it represents the best of both historic preservation and environmental conservation.

Black Rock was once a thriving independent village that gave Buffalo a fierce fight as a choice for the terminus of the Erie Canal. It lost that competition, and was annexed by Buffalo in 1854, but still managed to find its place as a transportation hub with the opening of the International rail bridge to Canada in 1873.

By the early 1900s, Buffalo was the second largest rail center in the country and several railroads built freight houses for storing goods prior to and after shipping. The New York Central Railroad had five Buffalo freight houses in its heyday; the Black Rock one is the only one still in existence. Built in 1906, the 750-by-48-by-22-foot brick building replaced an earlier, smaller freight house. Because of its length, the new building could simultaneously serve more than forty rail cars, yet was still considered one of the smaller freight houses.

As noted on the original blueprints, the building was constructed in the New York Central’s “Standard” manner, and designed by D.L. Sommerville, an employee of the Railroad. Headquartered in Buffalo, Sommerville was responsible for the engineering of the Railroad’s Western Division and, later, several other upstate divisions.

The main features on the exterior were the massive eleven-foot-tall sliding doors in alternate bays, spaced so that the exterior doors aligned with the rail car doors. The building was elevated on the rail side so that the doors opened at grade with the trains. On the south end, the building was once two stories to house the freight manager’s office but that section was destroyed in a 1940 fire.

The inside of the freight house was originally a large, relatively open 37,000-square-foot space, divided into seven sections, each five bays wide. These areas were somewhat separated by steel doors and firewalls, the tops of which are visible on the exterior as stepped parapets matching those on the north and south elevations. Today, the interior has been converted into thirty-five one-, two-, and three-bedroom apartments as well as commercial space. The twenty-two-foot-high ceilings have been retained where possible and give the space a true loft aesthetic.

Although the preservation effort is important, the project also represents conservation. Standard bricks in the U.S. weigh four-point-five pounds with dimensions of three-and-five-eights by two-and-a-quarter-by-eight inches. At this size, with typical three-eights-inch joints, each square foot of wall uses six-point-five bricks. That equates to approximately two million bricks in the Freight House, or 4,000 tons of demolished material, and that doesn’t even consider the demolition effort.

During the 1970s energy crisis, theories developed about the conservation benefits of historic preservation. The term applied to this was “embodied energy” and it was billed as a way to compare new builds to preservation projects based on comparisons of the total energy used to produce, ship, and build with the materials. The proponents, including James Marston Fitch, one of the leaders of the historic preservation movement in the 1960s, projected that tables would be created to make the comparisons easy and the best approach obvious. Working with the U.S. Department of Energy, Richard Stein created these landmark comparison tables. Although the theory never really caught on, it had and still has potential for justifying expensive restoration projects like the Freight House.

The city is no longer a power canal and railroad transportation hub, and Black Rock has had its ups and downs, but the New York Central Black Rock Freight House is poised to help revitalize the area. Its $10 million restoration by the Frizlen Group, partially funded by Brownfields (environmental cleanup) and historic tax credits and an Empire State Development grant, preserves our history and is an excellent example of conservation of the built environment.