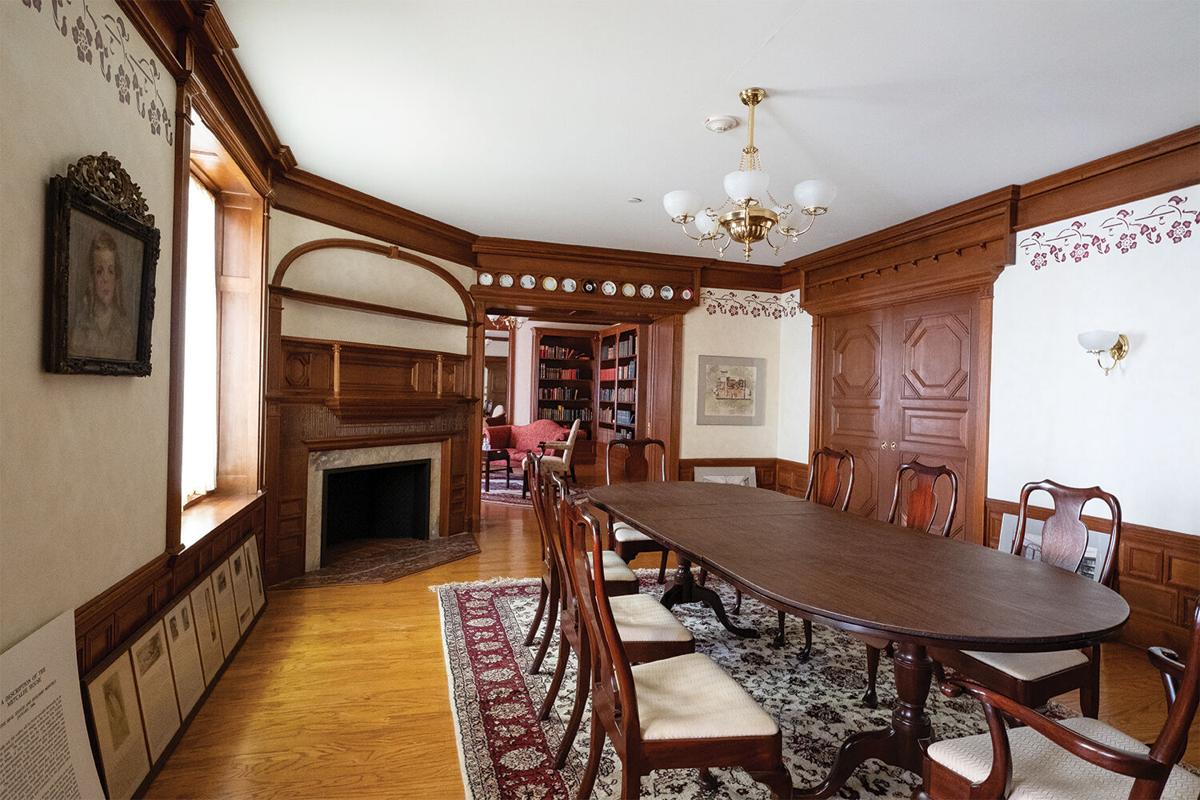 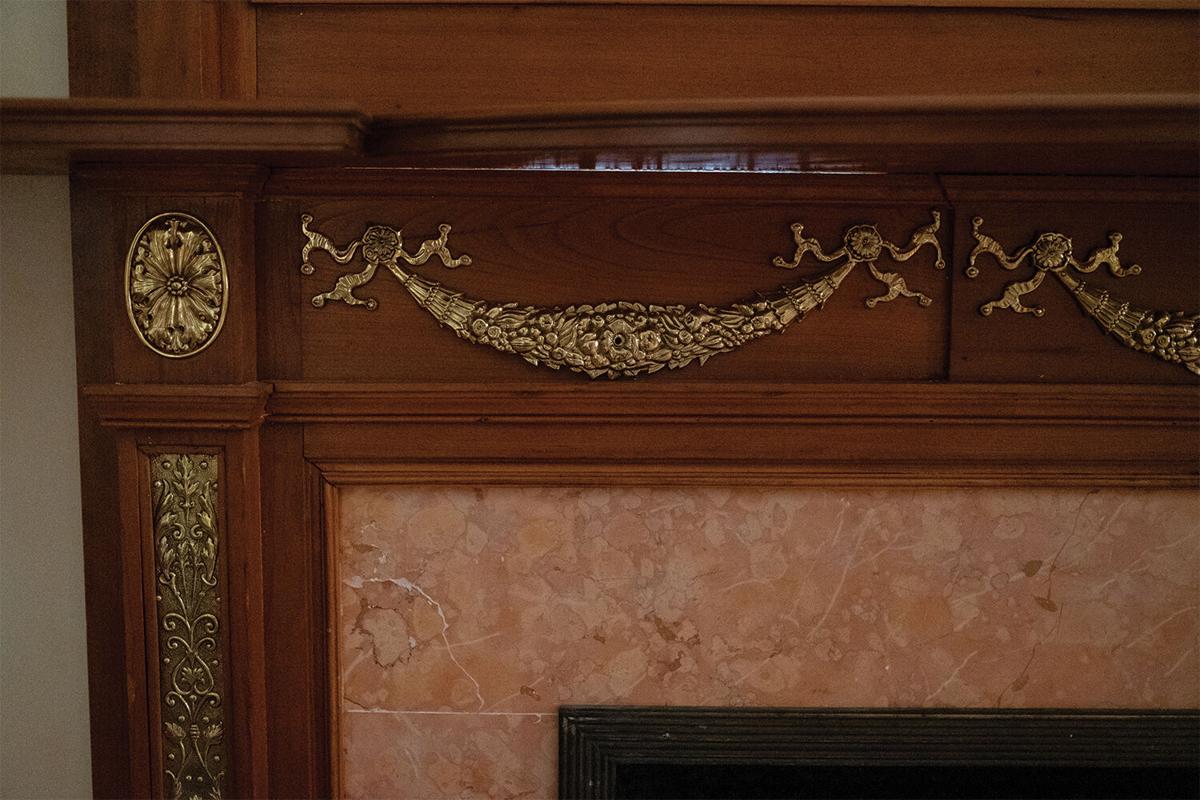 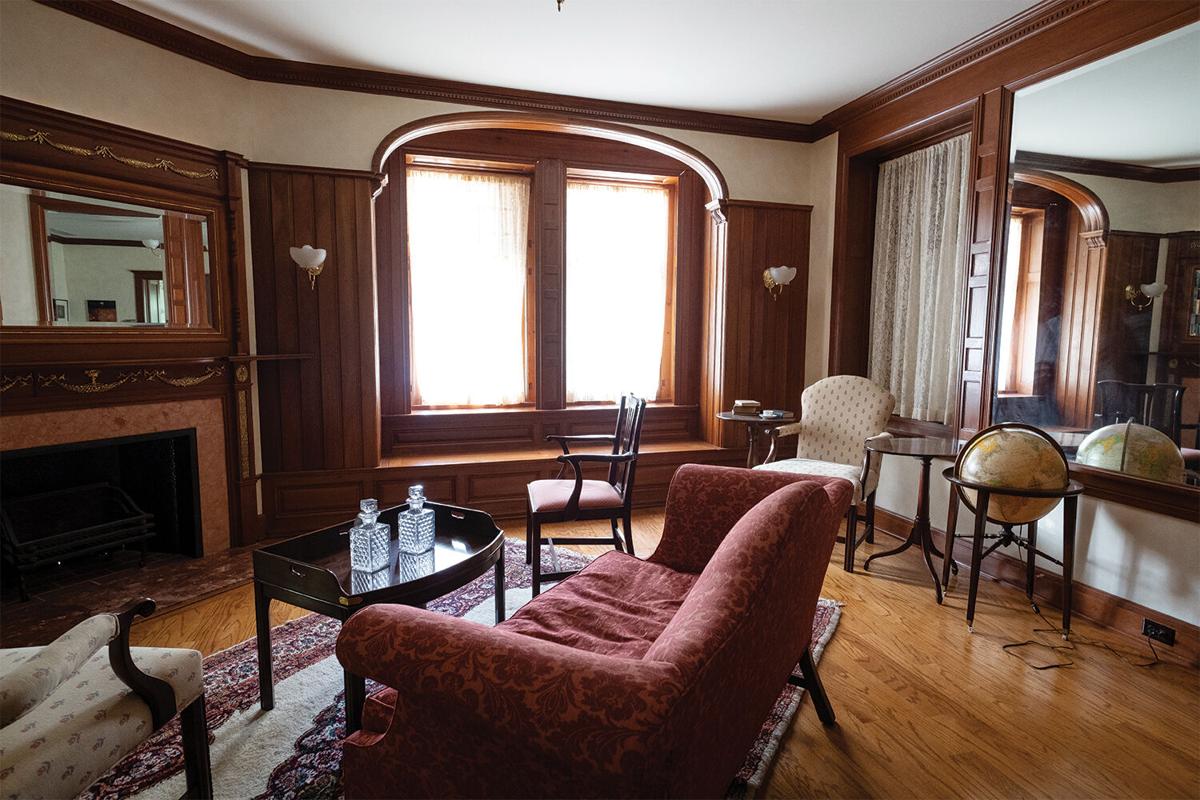 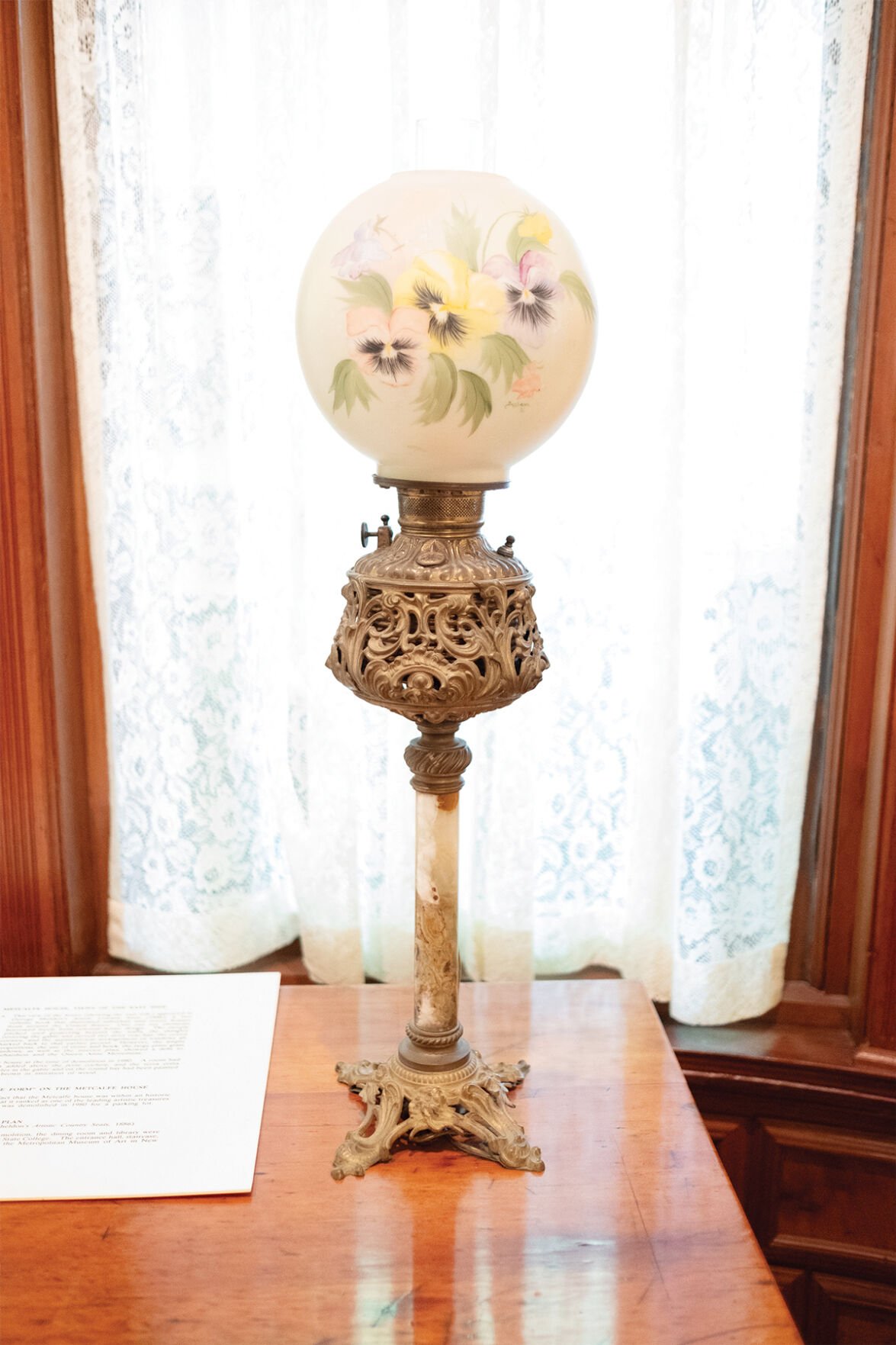 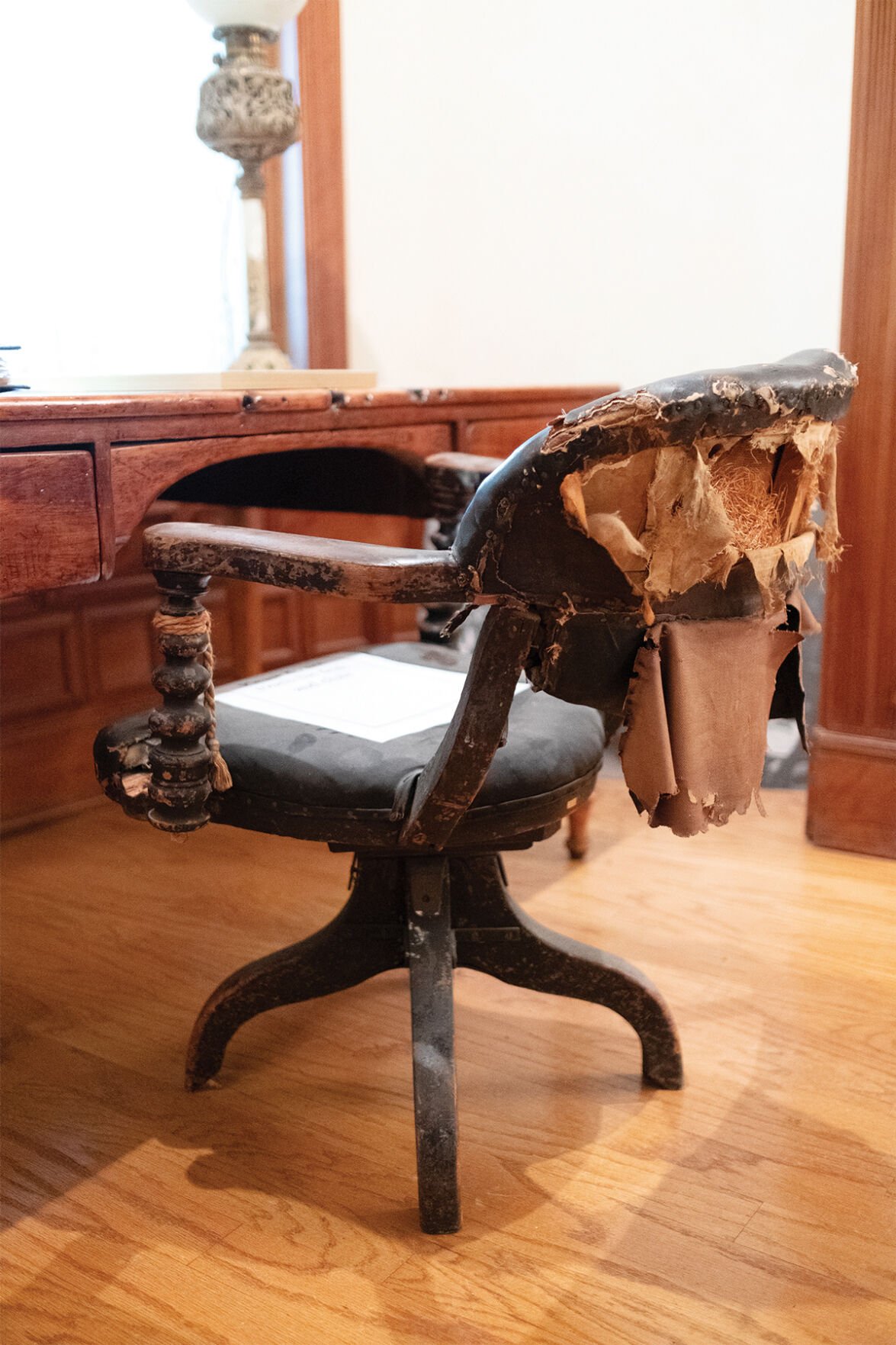 In 1882, shortly after he joined the “avant-garde” architectural firm of McKim, Mead, and White, Stanford White designed the James F. Metcalfe House, a large, shingle-style villa at 125 North Street. Several mansions in this area did not survive the twentieth century, including the Metcalfe House, which was demolished in 1980 to provide parking for the owners of the large Williams-Butler mansion next door, also designed by Stanford White. White was known for designing lavish interiors for his houses, and three interior elements of the Metcalfe House were saved from the demolition: the library, dining room, and staircase. The staircase is in the Metropolitan Museum of Art; the dining room and library have been reconstructed inside Buffalo State College’s Rockwell Hall, where they can be visited when classes are in session by contacting the Dean’s office.