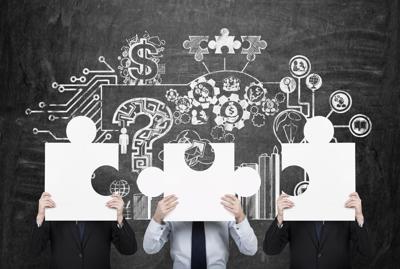 Jim Heaney is editor of INVESTIGATIVE POST, a nonprofit investigative reporting center based in Buffalo.

State taxpayers have invested some $950 million to build and equip a factory for Tesla in South Buffalo. The tradeoff: a promised 1,460 jobs in Buffalo and another 1,480 elsewhere around the state.

How do taxpayers know if Tesla is living up to its end of the deal? The company is required to file a report every May with the Empire State Development Corp. It’s a public document, but good luck getting your hands on it. When Investigative Post went looking for it last month, we were instead given a press release that was short on detail and long on spin and happy talk. (Tesla has yet to reach its jobs quota.)

That’s unfortunately how it often goes when reporters ask the government for data and documents, which are public records. Stonewalling is becoming more and more commonplace at all levels of government. It reflects contempt for the public’s right to know, and an effort to suppress or manipulate numbers and records to suit the political purposes of those in power.

I am spending an increasing amount of time as editor of Investigative Post working with my reporters to file Freedom of Information requests and then fight for the release of that information. It’s happening in newsrooms everywhere, at least those with the resources and gumption to fight the good fight. (Thankfully, we’ve got pro bono lawyers to support us.)

At present, we have some twenty-five FOIs filed with assorted local, state, and federal agencies. How long until we’ll see the records we’ve requested? It’s rare that we receive anything in less than a couple of weeks, and it’s not uncommon to wait a couple of months. These records are, for the most part, readily retrievable.

Mind you, the law doesn’t require the submission of an FOI request to release documents. But bureaucrats increasingly demand one, often as a delaying tactic. The law gives state and local governments five days to acknowledge receipt of a request and, generally speaking, up to an additional twenty business days to provide the records. Add it up, and that’s a month, and bureaucrats often grant themselves extensions.

Let me offer an extreme example. A couple years ago, IP reporter Geoff Kelly noticed Tesla had failed to file mandatory quarterly wastewater discharge reports with the state Department of Environmental Conservation for two-and-a-half years running. The streak began after the plant made a massive discharge into the Buffalo River in 2017.

Kelly sought confirmation and comment from the DEC. He took pains to avoid filing a FOI request, because: 1) he needed an explanation more than records, and 2) he didn’t want to build a months-long delay into his reporting.

Alas, the local DEC flack turned around and filed an FOI request on Kelly’s behalf, without his permission, and the inquiry dropped into a black hole. The DEC never answered his questions. After about six months of silent treatment, Kelly started adding haiku and knock-knock jokes to his follow-up emails—just to get a response. It’s been almost two years and there has been none.

The Buffalo school district has also been especially difficult. We had to sue them to resolve a dispute rooted in its lack of knowledge of FOI law. Last summer, school officials denied my request for attendance records related to the pandemic, saying none existed. They then refused an interview request to talk about it. They lied about the records but, this spring, we obtained them for the current school year. (They showed attendance has been abysmal.) The district again refused to make anyone available for an interview, but that didn’t stop Kriner Cash from claiming at a press conference that we never contacted the district for comment. We have a string of emails from his flack essentially telling us to go pound salt.

In addition to FOI problems, officials are not agreeing to interviews. Steve Hyde, executive director of the Genesee County Economic Development Center, makes more than $230,000 a year as one of the highest paid economic development officials in New York State, but he’s refused for months to answer questions from us. He’s too busy, his flack tells us. Yeah, busy handing out subsidies, like the $4 million per job deal he struck earlier this year to lure his first tenant to a rural industrial park.

Closer to Buffalo, there’s Cash and Mayor Byron Brown. They like to hide behind their flacks, who, in turn, often fail to even return phone calls from reporters, as though the job of press secretary doesn’t involve dealing with the press.

The king of the cowards is Governor Andrew Cuomo, who rarely, if ever, sits down for a one-on-one interview with a reporter. The best reporters can do is shout a question to him at a press gaggle. In New York, suppressing public information starts at the top.

Jim Heaney is editor of Investigative Post, a nonprofit investigative reporting center based in Buffalo.